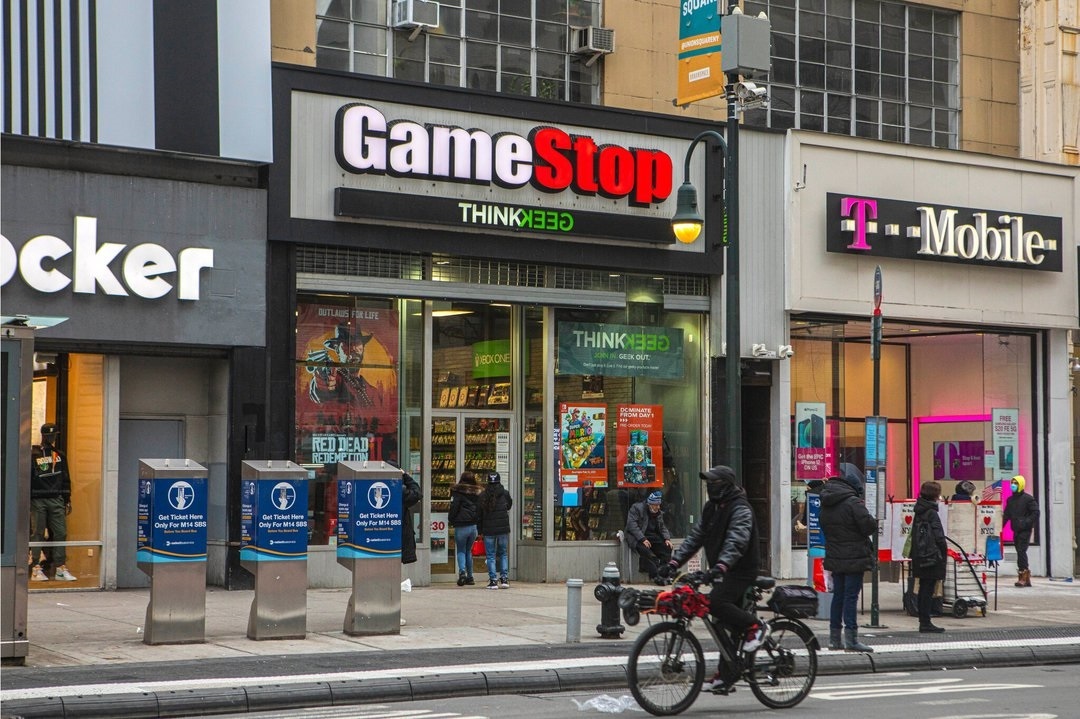 4 Things to Know About the GameStop Insanity

It’s been a weird few days in the stock market, where a video game retailer has suddenly become the center of attention.

While this all makes for an interesting story, the truth is that this is something of a sideshow and a far cry from the investment strategies most investors use to further their retirement goals.

My suggestion? Enjoy the show, but remember: you’re playing for the long haul.

This is an article posted by Matt Phillips with New York Times, which helps break down some of the question on the GameStop frenzy.

The internet and stock market are aflame over GameStop, the video game retailer whose stock is suddenly the darling of day traders who are putting the squeeze on Wall Street’s big players.

The stakes are enormous: The surge in trading has driven GameStop’s value up by $10 billion. Since Tuesday.

GameStop — that feature of malls and shopping centers across the country — was worth about $2 billion in December. Now it is worth $24 billion, roughly the same as the meat giant Tyson and the fuel refiner Valero Energy. On paper, at least.

Exactly why has to do with a mix of traditional investing, rampant enthusiasm, stock-market mechanics and the belief that anyone with a Robinhood account can meme a fortune into existence.

It’s called a short squeeze, and it involves investors betting on which way a stock will go — up or down. These bets are placed by buying stock options, which we’ll grossly oversimplify here.

Options allow an investor to make money even if the stock itself loses value. Investors who bet against a stock are called “shorts.” In GameStop’s case, the shorts include at least two big hedge funds.

Shorting a stock essentially means borrowing shares from a broker and selling them, with the agreement you’ll return the shares later. When the price falls, you buy back the shares and pocket the difference. But shorting a stock is risky — if the price rises, you can lose big.

Sometimes you just make a bad bet. But you can also lose if someone tries to push up the price by buying lots of shares, even though the company isn’t doing anything different.

This is the squeeze.

Shorts have to close their position — that is, buy up the shares they owe their brokers and return them. This demand kicks the stock higher, and a short who acts too late could be ruined.

Usually, these kinds of standoffs involve sophisticated Wall Street investors, for example when Bill Ackman squared off against two other billionaires — Daniel Loeb and Carl Icahn — over the dietary supplement maker Herbalife.

Why did GameStop’s stock start rising?

The amateurs started driving up the price.

Over the past year, armchair traders have surged into the market. Some smelled opportunity after stocks tumbled last spring, some were trying to scratch a gambling itch after sports leagues shut down, and for some it’s just a game — trying to ring up dollars instead of points. All this has been made easier by the free trades available through platforms like Robinhood and E-Trade.

Some of these enthusiastic amateurs are buying shares of GameStop, but many are placing their own options bets, on the opposite side of the shorts.

These bets involve contracts that give them the option to buy a stock at a certain price in the future. If the price rises, the trader can buy the stock at a bargain and sell it for a profit. (In practice, lots of traders just sell the options contract itself for a profit or loss instead of actually buying the shares, but this description suffices for our purposes.)

The brokers that sell the options contracts have to provide the shares if the trader wants to exercise the option. To mitigate their risk, they buy some of the shares they’d need. Normally, this small amount of demand doesn’t do much to the price.

But if enough traders bet big, the demand can push the stock up. If it goes high enough, the brokers who would be on the hook have to buy more shares, lest they get stuck having to buy a lot of expensive shares all at once.

That increases demand, which increases the stock’s price. Which means the brokers have to buy more shares, which means … You get the idea.

OK, but why GameStop?

You can put some of the blame on Reddit’s Wall Street Bets forum, one of the weirder places on the internet. Wall Street Bets, or WSB, is where armchair traders gather to share memes, commiserate over losses and share more memes. But they also trade tips and analysis that can go on for pages.

GameStop’s shares started to rise in December, after the founder of the pet-supply site Chewy.com bought a stake in the company and got a spot on its board. Slowly, the company gained the attention of WSB and traders who frequent the gamer-friendly social media service Discord.

The traders’ motivations vary widely. Some reason that GameStop’s shares are a good value. Others are just riding the wave. And others want to squeeze Melvin Capital, a hedge fund that was shorting GameStop. They’re the ones quoting Heath Ledger’s Joker character from “The Dark Knight”: “It’s not about the money, it’s about sending a message.”

But the aggressive maneuvers against the shorts aren’t necessarily limited to the amateurs. Wall Street’s big players know a good opportunity when they see it.

How does the GameStop squeeze end?

A spokesperson for Melvin Capital — which needed a $2.75 billion cash injection Monday because of the squeeze — said the firm had closed out of its short position. Andrew Left of Citron Research, another short, said he had covered the majority of his short position “at a loss, 100%.”

There’s a catch: GameStop, as a company, is not noticeably different from a month ago. By any conventional measure, its share price wildly inflated — and extremely risky for whoever owns its shares.

But this isn’t just about GameStop anymore. Enthusiastic amateurs are also bidding up the prices of other struggling stocks, like movie theater chain AMC and smartphone maker BlackBerry.

This weird little bubble doesn’t just affect the bettors, though. If big investors on the losing side of these trades have to raise money to cover their losses, it could mean dumping enough shares to hurt the prices of otherwise solid stocks.

If the sell-off is big enough, it could have a cascading effect that leads to broader losses for investors who have never bought or sold a share of GameStop.