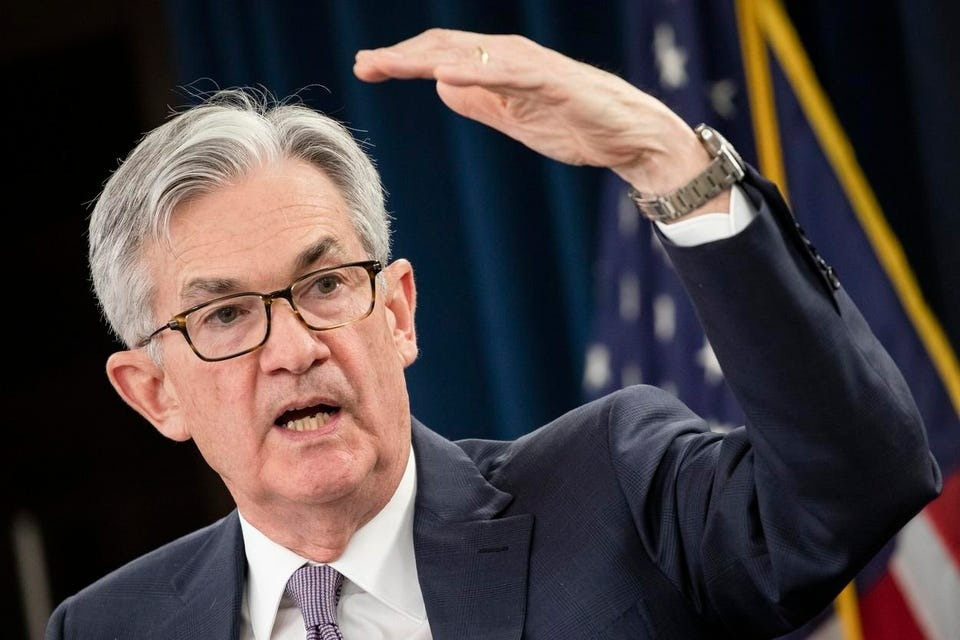 The Fed had the Federal Funds rate by 0.75% last month. That's the rate at which banks can borrow, which has a major impact on how mortgages, car loans, and business loans interest are set.

Next week, on July 27th, the Federal Open Market Committee (FOMC) meets again. Trying to predict the Fed's move is notoriously tough, but consensus expects a rate increase of another 0.75% or 1.00%.

It may bring you to think, what does a Fed rate hike even mean? Does this help the inflation situation?

By arming yourself with knowledge of what is happening, you can take action to protect yourself. As the economy weakens and interest rates increase, more job cuts will likely come.

The job market and the economy will be in bad shape for a while. With all the chatter about inflation and a recession, it's hard to understand what is happening. Let’s break it down.

A combination of pent-up demand from the pandemic, supply chain disruptions , trillions of dollars flooded into the market from the Federal Reserve Bank, and massive fiscal stimulus packages from both the Trump and Biden administrations helped stoke inflation

Runaway inflation is ruinous to a country. The costs spiral out of control. The poor are disproportionately impacted, as they generally don't have emergency funds or the ability to earn more than the rising inflation rate to keep their heads above water.

To decrease the adverse impact of inflation, Jerome Powell, the head of the Federal Reserve Bank, announced that he would raise interest rates to battle inflation and cool down the economy. If you have been looking to purchase a home recently, you’ve seen what higher inflation rates look like. Not too long ago, you would pay 3% for your mortgage loan; now, it's around 6% . The monthly mortgages and interest payments became substantially higher. This holds true for credit cards and other loan products.

How Higher Interest Rates Impact You

The Fed plans to increase interest rates by a full percentage point this month. The increase would be the most significant hike since the 1980s. In the past, Fed executives avoided hiking interest rates. They were concerned over political backlash and stifling growth. As the Fed already raised rates by 0.75% last month, Jerome Powell is serious. He is looking to increase rates by 3.4% by the end of 2022.

According to an analysis by CBS News, the rise in interest rates makes the costs of loans more expensive. Each 0.25% increase results in an extra $25 a year in interest on $10,000 in debt. For example, when rates increase a whole percentage point, it will cost $100 a year on $10,000 in credit card debt. Every percentage increase will make borrowing more expensive. If you have variable-rate debt with credit cards, home or car loans or an adjustable mortgage, you’ll be in for sticker shock.

What Led Up To This Problem?

The Fed, during the virus outbreak, in addition to sending stimulus checks to families, engaged in financial engineering that enabled corporations, venture capitalists and uber-rich Americans to access artificially suppressed low-interest rates. This money was used to fund hundreds of startups, invest in the stock market, buy back stock and fund private equity activities. So much money flooded freely that an enormous bubble occurred. Hiring was rampant to keep up with the demand.

The problem is that this wasn’t organic. The Frankenstein monster was created by the Fed and United States federal government. As any young child knows, if you keep blowing a bubble, it will burst. This is what Americans have been seeing. The ramifications are layoffs, hiring freezes, stocks plummeting and cryptocurrencies crashing.

The economists and Wall Street prognosticators didn’t factor in that the global pandemic would create a massive supply chain disruption. They also missed Russia’s invasion of Ukraine. The two countries possess substantial quantities of oil and wheat, respectively. The delays in transporting the commodities added fuel to the fire. President Joe Biden and others in his administration add corporate price gouging as another culprit to the cause of inflation. Former Amazon CEO Jeff Bezos took umbrage at Biden’s assertion.

What You Should Expect To Happen

In an op-ed in the Financial Times about the consumer price index hitting over 9%, Mohamed El-Erian, president of Queens’ College at the University of Cambridge and adviser to Allianz and Gramercy, wrote, “June’s awful U.S. inflation numbers are a reminder of tough days ahead for many in America.” Higher inflation will especially harm “the most vulnerable segments of the population and the most fragile developing countries.”

There are secondary effects. As more people get laid off, they may spend less, which causes the economy to contract. As the economy shrinks, which is referred to as a recession, people will lose their jobs.

The uncomfortable fact is that’s precisely what Powell wants. It takes companies to conduct less business and lay off more employees. The theory is that as people spend less, the price of goods and services declines, and so will the inflation rate. This may be an oversimplification, but it’s meant to offer a mental model to understand what is occurring.

Former U.S. treasury secretary and president of Harvard University Lawrence Summers said what most politicians don’t want to say out loud. Summer coolly offered in an interview with Bloomberg that the U.S. jobless rate has to increase more than 5% for an extended time to curb runaway inflation. He made a dire prediction, “We need two years of 7.5% unemployment or five years of 6% unemployment or one year of 10% unemployment.”

In response to Summers’ draconian viewpoint, Democratic Representative Alexandria Ocasio-Cortez tweeted , “It’s reckless to manufacture a recession that would devastate our most vulnerable,” and later shared her thoughts with Powell in a congressional hearing.

What Actions You Could Take Right Now

By arming yourself with knowledge of what is happening, you can take action to protect yourself. You will keep hearing about the unemployment rate, Great Resignation and how there are two jobs for each unemployed person. Although it's accurate, it is a lagging indicator.

As the economy weakens and interest rates increase, more job cuts will likely come. Since there will be fewer jobs, be careful. Hold onto your current job tightly. If you must look for another role, invest a lot of time investigating the company’s financial situation.

If you feel the need to switch jobs, approach it with due deliberation and caution. You don’t want to be the one with no seat when the music stops. When interviewing, ask tough questions, such as, “Can I get a guarantee that I won't be fired unless it's for a just cause? What is the company’s financial standing? Are there plans for downsizing? Is my job offer guaranteed, and would there be compensation if you break the contract?”

Keep your costs under control. Find other less costly substitutes if credit cards or loan products are charging high-interest rates. Cancel memberships you no longer use, such as a fitness center or gym. Put off big purchases for now and wait to see if the prices fall in the future.

Don’t feel embarrassed to negotiate on high-priced purchases. Instead, seek ways to generate extra income to keep up with inflation. It could be taking a second job, getting a gig role, starting an online business or pursuing other ventures.

Lastly, remain positive. While this particular fact pattern is somewhat unusual, the U.S. economy regularly swings from booms to busts. So hunker down, ride it out and, hopefully, circumstances will improve after three to six-plus months.