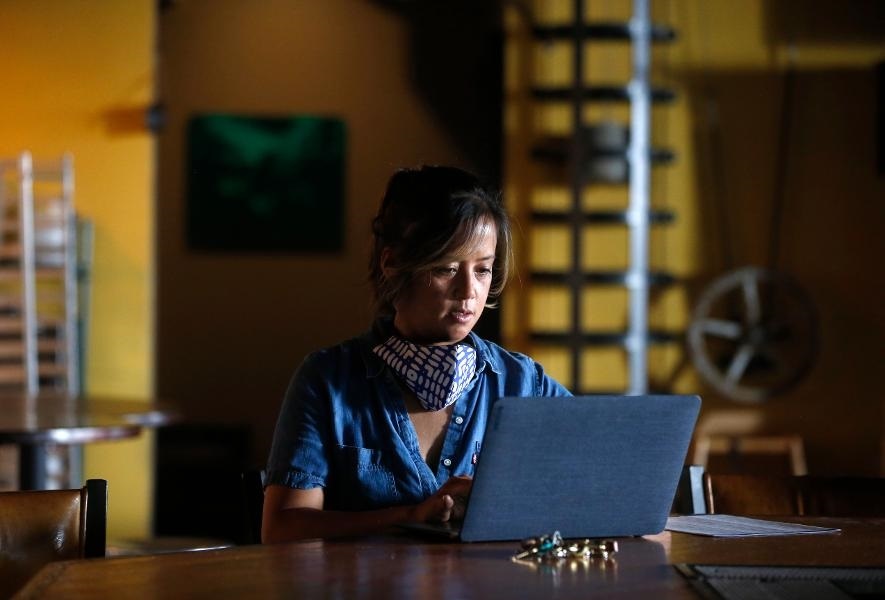 Answers To Your Most Frequently Asked Questions On PPP, EDIL And Pandemic Unemployment Assistance

Forbes: Brian Thompson
June 03, 2020
Share |
Uncertainty and anxiety persists, and lots of entrepreneurs have questions. I’ve compiled a list of the ones I’m asked most frequently to help all of you who may have similar concerns.

Business owners have had a wild ride lately, learning to live with lower revenues, adapting to new contact-less business practices and deciphering what one person called a “rat’s nest” of business stimulus.

Uncertainty and anxiety persists, and lots of entrepreneurs have questions. I’ve compiled a list of the ones I’m asked most frequently to help all of you who may have similar concerns. As always, I’m working with the information we have right now, including the two new Interim Final Rules (IFR) on Forgiveness and Loan Review Procedures published on May 22nd.  I’m not the SBA, your lender or your advisor, but I hope you find this information helpful.

How do I pay myself if I’m a sole proprietor in order to maximize the forgiveness?

Sole proprietors are not employees, so the pay period doesn’t apply. Your compensation forgiveness is determined by your 2019 tax return: line 31 on the 2019 schedule C/52 *8. The forgiveness amount is capped at $15,385. In addition, the SBA has not requested any additional income verification on its sample application.  However, your eligible non-payroll costs – business mortgage interest, rent and utilities – are based on payments incurred or paid during the eight-week forgiveness period and do need to be verified.

My husband and I own an LLC together. Are we counted as 1 employee or 2 employees when applying for forgiveness?

As an owner of the company, you are not an employee at all. For purposes of loan forgiveness, your compensation is listed on Line 9 of Schedule A. If there is more than one owner, you need to provide a list of each owner and his/her/their compensation.  Each owner’s compensation is limited to $15,385.

The forgiveness application says the utility payments include transportation expenses, but I took the standard mileage rate last year. Do I include that figure from my 2019 return?

For non-payroll expenses, you can only use costs that were paid or incurred during your eight-week covered period. So, you need to look at the expenses you had during that period and only claim those. And while “transportation” isn’t defined, I go back to the IFR from April 14th that says you had to claim or be able to claim these expenses on your schedule C. To me, that implies counting your mileage would be good here.

What does paid or incurred mean?

There’s one major exception to the paid and incurred rules: you can’t count advanced payments of mortgage interest against your forgiveness amount. It’s odd that they specified mortgage interest, rather than all advanced payments. That means that there may be a loophole for other prepayments. But remember you’re still capped at 25% of forgiveness for non-payroll expenses.

My understanding is that sole proprietors who file Schedule C do not get to count health insurance and retirement for owners as payroll costs. But what about shareholder-employees of an S-Corp? Do their benefits qualify as payroll costs?

Yes, they do. For owner-employees, essentially S-Corp shareholders, that are also employees of the company, your compensation is capped at the lessor of 8/52 of 2019 owner compensation or $15,385. This includes both cash compensation and employer retirement and health care contributions made on your behalf. Lastly, it applies across “all businesses” as well, according to the most recent regulations.

I got too much money for the PPP Loan. They calculated my loan on my gross figures from 1099s instead of line 31 on Schedule C that I actually provided with the loan application. What do I do now?

You can pay back any excess amount you received at any time. Remember, PPP is actually considered a loan first, despite all of the emphasis being on the forgiveness aspect of it. That being said, they are still figuring out all of the forgiveness rules. So, you may want to hold off until we have a better understanding of what those rules might be before you give back the money.

There is also an exception here for partners in a partnership and seasonal employers who discovered they should have gotten more money  than they were granted. Because of the lack of guidance, they are allowed loan increases based on this May 19th IFR.

I’ve heard there are different time periods that we can pull the Full-Time Equivalency (FTE) calculation from. Can you explain the different breakdowns?

Yes. There are several different periods you must look at. The Sample PPP Loan Application, Schedule A worksheet, may be helpful here.

The first periods are the look-back periods:

Remember that this is for each employee per week. This process will get tedious if you have a lot of employees. It will probably be tedious even if you have just a few employees.

Do I need to count employees who quit voluntarily in my FTE calculation?

There is also no reduction for those employees that you try to rehire but choose not to come back. A couple of caveats here: you have to make a written offer to the employee. Additionally, you have to inform the state unemployment department of that employee’s rejection within 30 days.  Additional guidance is coming on this. But it seems super awkward either way.

I’ve heard the SBA has changed the rules regarding the maximum loan amount from 2 million to $150,000.  Is that true?

I’ve definitely heard the reports about the reduction, but I didn’t mention this in my latest piece because I’ve been unable to verify it from the SBA. They still have $2M on their website.

What is the difference between the advance and the loan?

The EDIL advance was given to most applicants who were able to apply for the loan and requested the advance. This amount does not have to be paid back, although it will be counted against any loan forgiveness you receive under PPP.

Remember, you don’t have to take the loan if you no longer need the funds. If you do take an EDIL, you must pay it back over the next 30 years at a 3.75% interest rate (or 2.75% if you’re a non-profit organization). Payments begin 12 months after you sign your promissory note.

My EDIL was denied because of unsatisfactory credit history. What do I do now?

You have the right to request reconsideration of the SBA’s decision. You should have received a formal letter of denial from the SBA. The letter must be in writing and either mailed, faxed or emailed to the SBA. You also need to provide “significant information that will overcome the decline/withdrawal reason.” If I were in your shoes, I would provide something that shows how your recent credit history is good and more reflective of your situation than the past.

Also find out if your state offers additional resources.

Any more clarity from states since your article on April 19th ?

Not really. Even though most states have their PUA programs up and running, they have been silent on how PUA will interact with PPP. Even states with large populations like CA, NY or IL don’t even mention PPP on their FAQ sights. In addition, most of the applications themselves only ask for income from 2019.

However, when you certify for benefits during unemployment, many states will ask if you’ve attempted to work or made any money. For example, CA asks:

The state also asks for other types of income you may have received. It makes sense to me that you would list your owner’s compensation paid through PPP proceeds, but you probably would not count money paid for business expenses.

I’m making more money on unemployment than I would with a PPP Loan, so I don’t want it. I heard I only had until May 18th to give it back. What can I do now?

The May 18th deadline was the Safe Harbor deadline for companies that were unsure if they could meet the “economic uncertainty” certification. That allowed those companies to give the loan back without questions and still qualify for the Employee Retention Credit, which was disallowed if you had taken a PPP Loan.

The SBA announced that companies with loans less than $2M will be deemed to have made the necessity certification in good faith. So, a lot of you reading this no longer need to worry about having to justify the loan for that reason.

Again, you can pay back your loan when you see fit. You are not required to hold it for a certain period of time or apply for forgiveness. If you no longer want the loan, simply contact your lender on ways to repay it. That being said, the forgiveness rules are changing rapidly, so you may want a complete understanding of the rules before you give the money back.

I need to cancel this unemployment so do you have any suggestions that can help me accomplish this task?

You’ll need to check your state rules for cancelling (Try googling “your state” and “PUA”).

In Illinois, you need to:

If I do not plan to apply for forgiveness, and will be paying my loan back at 1% over 2 years, can I just spend all the money on rent (even if it takes 6 months), and then legitimately claim UI for myself for the time when my business was mandated to be closed by the state?

If you’re not applying for forgiveness, you don’t have to abide by the eight-week time frame and can spend the funds on any of the allowable expenses including payroll, business mortgage interest payments, business rent or lease payments, and business utility payments. If you’re not spending it on payroll, it also makes sense that you wouldn’t have to certify that you are receiving money from the business when you check in under the PUA. Also remember, your unemployment is taxable income to you.

This article was written by Brian Thompson from Forbes and was legally licensed by AdvisorStream through the NewsCred publisher network.