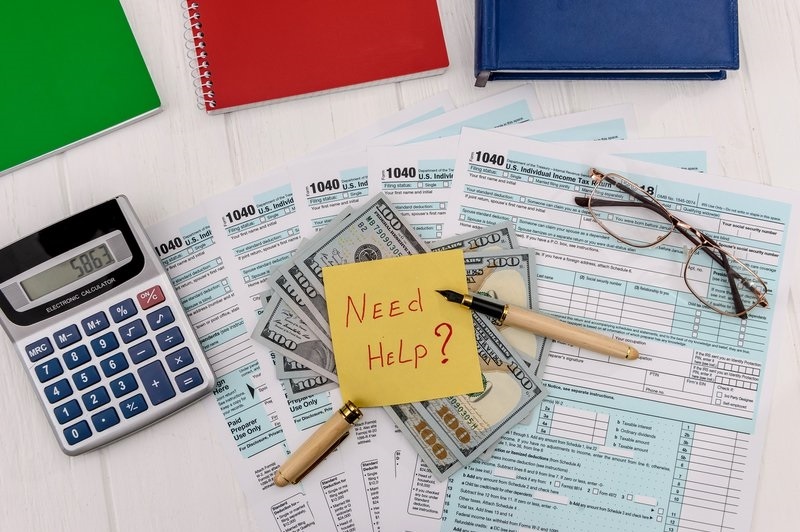 Some taxpayers are feeling a little battle-weary after filing their 2018 returns.

People are shellshocked. Either they got less of a refund than they expected, or they've been hit with a surprise tax bill because they didn't adjust their withholdings to account for changes to the tax code.

Others are upset that they discovered a favorite tax break was no longer allowed.

Check our our post on comparing the net "tax Act"

TAX REFORM: BEFORE AND AFTER

Let's start with the fluctuating figures on refunds. The season started with a downward trend for average refund amounts. The IRS is due to release another filing season report this week. Initial reports showed tax refunds being down — in one week by as much as 16.8 percent — compared to the same period a year earlier. But last week, the IRS said refunds were up slightly by 1.3 percent, or $40. The average refund as of Feb. 22 was $3,143, an increase from $3,103 the year before. The increase could in part be because the IRS couldn't by law issue refunds before Feb. 15 to people claiming the lucrative earned-income tax credit or the additional child tax credit.

Some of the biggest changes to the tax code in decades took effect last year, and here's input from members of the American Institute of Certified Public Accountants on the most common tax questions they're getting from clients.

Is it true that I will be paying less in taxes and getting a bigger refund this year?

"Lower overall taxes don't always translate to a bigger refund during tax time," says Cari Weston, a CPA and director of Tax Practice & Ethics for AICPA. "The IRS issued new withholding tables in early 2018, and many of the tax savings have been paid throughout the year. So, if your refund is not what you were expecting, go back to your pay stubs and see if you got a little more in each check."

Can I still deduct business meals and entertainment expenses?

"Entertainment expenses are nondeductible, and calling them marketing expenses won't help," Weston says. "With some recent guidance from the IRS in October, most normal business meals will still be 50 percent deductible."

Did the home-office deduction go away?

"The deduction for the business use of a home is still available; however, the Tax Cuts and Jobs Act eliminated employee business expenses on Schedule A," Weston says. "This means that self-employed people will still be eligible, but employees (W-2 wages) who work from home will no longer get a deduction for this or any other out-of-pocket expenses such as mileage, professional fees, dues, uniforms, etc."

Can someone who is a wage employee but who also has a side gig deduct work-related expenses?

"Yes, wage employees can deduct allowable expenses attributed directly to their side gigs," Weston says. "If any expenses are used both for their job and their business, they must use a reasonable method to allocate the portion that is business to deduct."

Is the interest I pay on my primary mortgage still deductible?

"Yes. However, the tax benefit will depend on the size of the mortgage and whether you itemize deductions," says Robert Westley, a CPA and financial planner based in New York City. "The limit on the mortgage-interest deduction has been reduced to the interest on a maximum of $750,000 of new acquisition indebtedness. However, acquisition debt taken out before Dec. 16, 2017, is grandfathered and subject to the $1 million limitations under the old law."

Here's a question from a reader upset about a change to the mortgage-interest deduction.

Four years ago, we took a cash-out to refinance loan on our principal home to build a vacation cabin. Is it true that we cannot deduct this mortgage interest anymore?

Since I no longer itemize my deductions, is it true I receive no tax benefit for my charitable giving?

Given the magnitude of the changes, this will continue to be a challenging tax season for a lot of folks. One thing is for sure: 2019 is not the year to procrastinate in preparing your return. You could be in for a surprise.

This article was written by Michelle Singletary from The Washington Post and was legally licensed by AdvisorStream through the NewsCred publisher network.