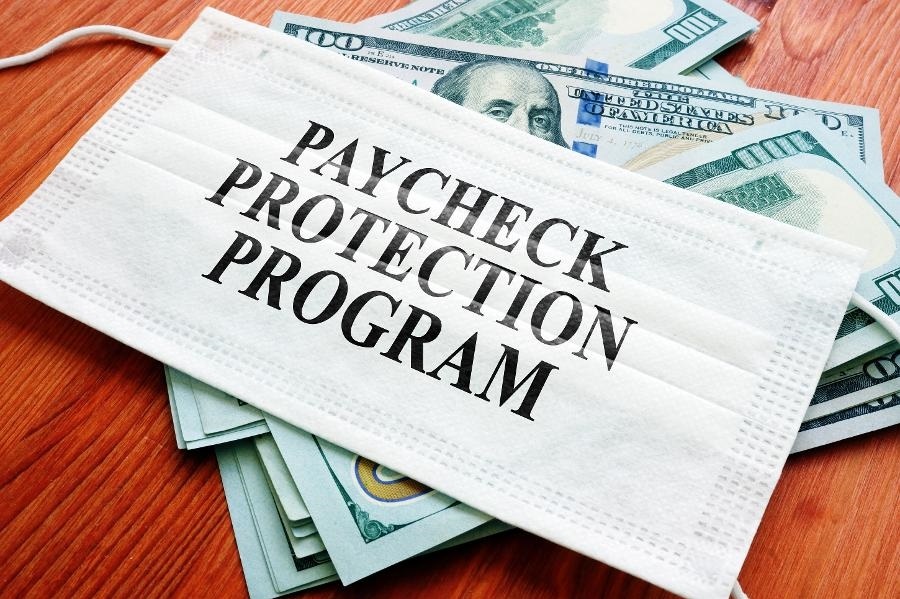 Congress Agrees On Favorable Changes To Paycheck Protection Loans: What Does It Mean For Borrowers?

H.R. 7010 is a bill that will dramatically alter several critical terms of the recently-enacted Paycheck Protection Program (PPP).

To view the text of this law in its entirety, click here. For more information, view the joint statement that SBA Administrator Jovita Carranza and U.S. Treasury Secretary Steven T. Mnuchin issued yesterday. We encourage you to work with your accounting and legal advisors to determine what coverage period is best for you and how these changes might affect you.

Earlier today, the Senate unanimously approved H.R. 7010, a bill that will dramatically alter several critical terms of the recently-enacted Paycheck Protection Program (PPP). The bill, which passed the House last week and now heads to the President’s desk for signature, will provide much needed relief for borrowers as they seek forgiveness of their loan amounts.

But before we get into the details, let’s remember how we got here…

The headliner of the CARES Act was the creation of the PPP, a new loan package designed to put nearly $600 billion into the hands of small businesses for use in paying employee wages and other critical expenses over the coming weeks and months. But as was the case with Ask Jeeves and McDonald’s Mighty Wings, the shortcoming of the PPP was not its motivation, but rather its execution.

It’s been one disaster after another, and there is plenty of blame to go around, from the writers of the CARES Act and Congressional leaders to the Small Business Administration and the IRS. Here’s just a small taste of what’s gone wrong:

When the program opened on April 3rd, many big banks weren’t ready to accept applications, and of those that were, many more were only willing to work with borrowers with whom they had a preexisting relationship, shutting out the very small business owners the PPP was designed to help.

Once the loans got going, a bit of bad publicity led to some revisionist history. The CARES Act provided that to obtain a PPP loan, a borrower simply had to certify that “economic uncertainty” made the loan necessary, which given the impact of COVID-19, included, well…everyone. In addition, the Act made special accommodations for the hard-hit hotel and food service industry. But when Ruth’s Chris and a couple of big fast-food chains came and claimed their PPP loans — rightfully, I might add — the How Did This Industry Giant Get a Loan Intended for Small Businesses? articles began to roll in, and Congress and the SBA panicked. Senator Rubio promised to use subpoena power to expose businesses who got a loan that weren’t “deserving.” Treasury Secretary Mnuchin promised to make public a list of all businesses who took out a PPP loan. And the SBA pivoted from the forgiving certification requirement in the CARES Act, now requiring every borrower to be prepared to prove they had no other sufficient sources of liquidity, and thus needed the loans to survive. Businesses were urged to return their loans lest they be publicly shamed, and many did, only for the SBA to state the DAY BEFORE THE DEADLINE TO REPAY that loans under $2 million would not be subject to scrutiny. That news, as you can imagine, came too late for some who had returned funds they had every right to obtain. A nightmare all around.

The IRS had its fun as well. The CARES Act specifically provides when a borrower has a PPP loan forgiven, the forgiveness does not generate taxable income. Over a month later, well after many businesses had obtained their loans, the Service (correctly) applied the laws of the Internal Revenue Code to state that while the forgiveness may not be taxable, any expenses paid with forgiven funds would NOT be deductible. A few members of Congress briefly put up a fight, but once that fizzled, borrowers were left with an after-tax return on the loan that was much different than what they had planned.

And of course, the guidance from the SBA interpreting the PPP has been untimely, inconsistent, and incomplete. Weeks into the program, no one understood how to compute a borrower’s loan proceeds. Rules for self-employed taxpayers weren’t available until the first round of funds were depleted. Countless partnerships borrowed amounts based only on employee payroll costs, only to later be told that they should have included partner compensation. And while the CARES Act placed no limitation on the amount of forgivable costs attributable to non-payroll costs, the SBA stepped in and capped it at 25%. It’s been a circus.

Most maddening of all, rules governing the forgiveness of a PPP loan — which is ultimately all every borrower cares about — were delivered nearly THREE WEEKS late. There was so much confusion about what was and wasn’t forgivable that I once spent 7,000 words writing what we didn’t know about forgiveness.

To top it all off, now that banks, business owners and bean counters have spent tens of thousands of hours making sense of what little rules exist, Congress has changed many of them. But…that’s OK. Congress had to do it. The reality is, the CARES Act was written with the hope that by now, America would be fully open and business would be booming again. Unfortunately, that is not the case. Borrowers definitely needed relief, and kudos to Congress for getting it done. All’s well that ends well, as they say.

After passage of the CARES Act, the SBA assigned a 2-year maturity date to the portion of any PPP loan that was not forgiven. H.R. 7010 extends this period to five years. While technically, this prolonged repayment period applies only to PPP loans made AFTER passage of the bill, lenders and borrowers are free to renegotiate the terms of any existing PPP loan to match the permitted 5-year period.

In addition, while the CARES Act required lenders to defer the payment of principal and interest for six months, H.R. 7010 allows for deferral until the date the lender receives the forgiveness amount from the SBA, which in most cases will be significantly longer.

Forgiveness is much easier to come by

This is what business were clamoring for. H.R. 7010 will greatly increase the likelihood that a large percentage of a borrower’s PPP loan will be forgiven. It does so in four ways.

First, as we mentioned above, the CARES Act granted borrowers eight weeks from the moment they received the PPP proceeds to incur costs eligible for forgiveness. H.R. 7010, however, extends that “covered period” to 24 weeks from the date of the loan’s origination, or December 31, 2020, whichever comes earlier.

This move was critical because while the CARES Act was built on the hope that most businesses would be up and running by now, the reality is that many bars, restaurants, hotels and other businesses are nearing the end of their initial 8-week covered period only to remain partially or fully suspended by state or local order. More time to incur forgivable costs is essential, and Congress has supplied just that.

Of course, limits remain. The maximum amount paid to any one employee that will be forgiven is capped at an annualized salary of $100,000; as a result, for a 24-week covered period, this limit will be reached once an employee receives $46,153 in cash compensation. H.R. 7010 does not make that clear, but here’s to hoping that soon-to-be-released guidance does.

2 You can spend more of your proceeds on non-payroll costs, but BE CAREFUL

The expanded covered period pulls FOUR MONTHS of additional mortgage interest, rent and utility costs into the forgiveness fold, a move that, in isolation, would have been of limited usefulness given that the SBA limits the portion of a borrower’s forgivable expenses attributable to these types of non-payroll costs to 25% of the total.

Fortunately, H.R. 7010 remedies this problem as well, though not without a potentially terrifying trap for the unwary. The new bill provides that the 25% cap for non-payroll costs is raised to 40%, which is great news for borrowers.

But here’s what’s really, really, bad: the bill states that “to receive loan forgiveness under this section, an eligible recipient shall use at least 60 percent of the covered loan amount for payroll costs….”

To the contrary, H.R. 7010 appears to create a cliff: if a borrower fails to spend 60% of the loan proceeds on payroll costs, NONE of the loan will be forgivable. In the example above, because only $50,000 of the proceeds (50%) were spent on payroll costs, NONE of the loan would be forgiven. In effect, borrowers are trading a longer covered period for the requirement that 60% of the proceeds be spent during that time to maintain payroll.

It should be noted that Senator Marco Rubio, among others, are not comfortable with this cliff effect, and have asked the SBA to address the issue favorably in regulations. I’m not sure what type of wiggle room they’ll have given the statutory language, but when you consider that the SBA pretty much took a blowtorch to the legislative text of the CARES Act, I guess anything is possible.

As we’ve previously discussed at great length here, a borrower can spend every last penny of its PPP loan on payroll costs, and still will not have the entire loan forgiven if either:

In either scenario, however, the borrower could restore any reduction in the forgiveness amount if it either fully restored FTEs or salary/hourly wage to their February 15th, 2020 levels before June 30, 2020. The problem, of course, is as discussed above, many businesses are nowhere close to being fully staffed, and likely won’t be before June 30th.

H.R. 7010 solves this issue by extending the June 30th deadline to December 31, 2020. Thus, as long as the FTEs or salary/hourly wage are restored to February 15th levels any time prior to the end of 2020, no reduction in forgiveness will be required.

Finally, H.R. 7010 offers a new way out for borrowers who lose FTEs. The bill provides that during the period beginning on February 15, 2020, and ending on December 31, 2020, the amount of loan forgiveness will NOT be reduced when a borrower experiences a loss of FTEs if the borrower, in good faith, is able to document any of the below:

H.R. 7010 does not require all borrowers to adopt a 24-week covered period. To the contrary, any business that borrowed its PPP loan prior to the date the bill is signed into law can elect to use the 8-week period beginning on the date it received the funds. This will appeal to those businesses who have spent all of their proceeds and qualify for full forgiveness and who do not wish to wait until the end of the year to apply.

The CARES Act wasn’t ONLY about PPP loans, you know. An additional incentive allowed employers to defer the employer’s 6.2% share of 2020 Social Security tax until the end of 2021 (50%) and 2022 (50%). This deferral was only available, however, to a borrower of a PPP loan until the moment the loan is forgiven.

H.R. 7010 is unequally great news for borrowers. But there are still some sources of confusion:

Nearly two weeks ago, the rumor was that the SBA was sitting on 30 FAQs that would provide much needed guidance. Those FAQs were never released, presumably because the SBA was keeping a watchful eye on Capitol Hill.

With H.R. 7010 set to be signed by the President, however, there’s no longer reason to wait; the SBA should quickly release its (presumably updated) FAQs and allow us to mercifully put this PPP debacle behind us.

This article was written by Tony Nitti from Forbes and was legally licensed by AdvisorStream .