Putting the most recent GDP numbers into perspective can give a pretty good picture of the US right now.

Last quarter’s GDP (Gross Domestic Product) had contracted by -1.4% annualized.  Some may say the number put a donut whole in the economy.

Now hang in here, we’re going to be talking about some economics, but I think it’s important to get this education. I would much rather provide more education to you than the other way around.

I like to track and keep an eye on GDP as a barometer of how the US Economy is performing.  It’s a KPI to keep up with. But GDP is an after-the-fact number, also known as a “lagging indicator”. It doesn’t tell us where the economy is going, only what the economy just did.

Gross Domestic Product is the sum of all of the goods and services in the US economy.  It’s calculated by:

The “C” stands for consumption.  The is the American consumer.  Despite rising inflation, people are spending money!  People actually spending money is the most important lifeblood of the economy.  Cars are being sold (finally), people are still buying iPhones, and Costco has been packed. (My now 2-year-old recently proved that with an oversized bite of pizza last weekend).  The fact that consumption is healthy is a very good sign for the economy.

The “I” stands for investment.  To simplify things, think of this as businesses spending money and expanding.  After a strong Q4 2021 earnings season, it looks like Q1 has fared well.  “72% of companies have beaten on earnings expectations and 59% have beaten on revenue expectations. Omicron, higher inflation, disrupted supply chains and a slightly stronger dollar are weighing on profits.” Businesses are still spending money, hiring employees, and keeping jobs up.  The US economy just added 428,000 jobs in April.

Unemployment rate is only 3.6%, which is a very good sign for the economy.

The “(X-M)” stand for net exports.  Not much to say here if we don’t want to get technical.  Most of us understand the US imports more goods than exports, so this part of GDP is almost always negative.

The “G” stands for government spending.  This is the one part of the GDP numbers I though were really down compared to last year.  Remember back what happened in 2021… the US was spending money from the stimulus packages.  Of course government spending will be down.  In fact, not even all of the Covid Response budgets have even been spent yet. 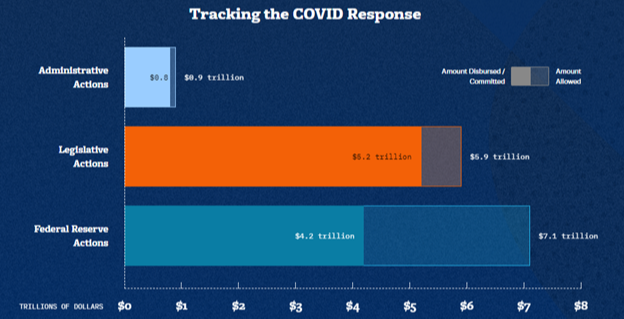 Will GDP continue to slip into next quarter? As they say: “Predictions are difficult, especially about the future.”

But framing the economy as I did above, I stay optimistic for America.