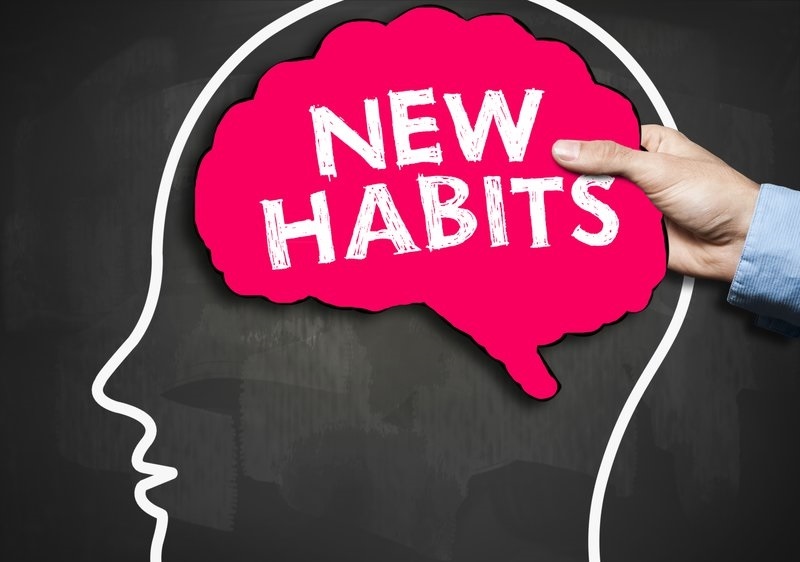 Jena McGregor
August 20, 2019
Share |
"The question to ask is, 'can those bad habits be instructive for us? Can we look at why they form so readily and then learn what we can do to design an environment or situation where good habits also form effortlessly?' I think the answer is yes."
This article was originally posted on:

It's the holidays -- a time of spending, eating and drinking way more than you should. In other words, it's the season for breaking too many good habits and developing even more bad new ones.

James Clear, author of "Atomic Habits," suggests we have more control over our habits than we think.

It comes down to breaking desired actions into small, bite-size behavior changes, tweaking your environment, and trying things like "habit stacking" and "temptation bundling," Clear says. His first book, released in October, says that what matters is having the right system -- built by tiny changes that are the powerful "atoms" of behavior change -- rather than just the right goals.

Clear is not a psychologist or behavioral scientist. After an MBA and a few attempts to launch online businesses, including an iPhone app and a small business marketing site, Clear started writing about habits and behavior change six years ago, fueled by reading, interviews with researchers, and his own experience recovering from a life-threatening sports injury in high school. He developed a wide following -- more than 400,000 email newsletter subscribers, he says, and has done speaking or consulting with teams like the Detroit Lions and Pittsburgh Pirates and with businesses such as Lululemon and Top Golf. He offers a "Habits Academy" course online.

But don't call him a guru.

"I also strongly resist a phrase like motivational speaker," he says. "It would be very easy for me at this point to say 'look, this is the right answer.' But in a weird way I kind of think of this book like a very polished first draft, and I'm putting it out into the world to get feedback on it and to see where am I wrong."

Wrong or right, Atomic Habits presents interesting ideas about how habits form, the importance of identity in shaping them and what makes them stick. This conversation has been edited for length and clarity.

Our whole life we're taught to set goals. But you suggest that's not enough.

Goals are helpful for setting a sense of direction and knowing 'this is where I'm going to focus my attention.' But once you've done that, I think that it's much more useful to focus on the system or the process or the habits behind the goal.

You write about how identity is a much more important part of habit change than most people realize. Why is that?

Behaviors influence your beliefs and what you think about yourself. Once you believe something, those beliefs can influence the next action you take.

There is one study, for example, about voting behavior. If people were asked questions the day before they go to vote to make an identity-related phrase like 'I am a voter,' they were more likely to show up than if they were simply talking about a behavior, such as 'I plan to vote tomorrow.' There are a bunch of studies that show once you invoke a particular identity, you're more likely to stick to the habit in the long run.

What is a habit stacking?

It's an idea that I first learned from BJ Fogg [a behavioral scientist at Stanford University]. The idea is that you stack the new habit you're looking to build on top of a current habit you already have. So you essentially try to find a very precise and specific moment throughout your day to layer in this new habit. If you want to build a meditation habit, it might be 'after my morning cup of coffee, I will meditate for 60 seconds.' It makes it very precise when and where new behavior is going to live in your life.

Another related idea that was interesting in your book is 'temptation bundling.' What's that?

The researcher that this came from is Katie Milkman from Wharton. So the basic idea is that you take something that you want to do and you pair it with something that you should do. Milkman's example was she was really loved reading 'The Hunger Games' [via audiobooks]. But she knew she should be working out more, and so she took the thing that she wanted to do, which is read The Hunger Games, and pair it with the thing that she needed to do, which is run on the treadmill, and set up this little rule for herself where she was only allowed to [listen to] the books if she was running on the treadmill.

You also talk about the 'two-minute rule.' What is that?'

This is about making a habit easy. If I was going to recommend one place for someone to start, the very first thing I would stress is to do the two minute rule. If you want to do yoga four days a week, put out your yoga mat. If you want to read 40 books in a year, read one page a night. The idea is you want to scale each habit down so essentially you manage a gateway habit. If you can make that automatic, then you often find that it's kind of like the entrance ramp to the highway. The two-minute habit gets you moving in the right direction.

The technical definition of a habit is a behavior that can be performed more or less automatically, without thinking. Now in everyday conversation we don't use the phrase like that all the time. You might say something like 'I want to get in the habit of going to the gym each week.' But going to the gym for 45 minutes is never going to be entirely on autopilot, while putting on your running shoes as soon as you get home from work could be.

One example in the book was the writer who uses different devices for different activities -- his computer only for writing, his tablets for reading, his phone for media and texting. Are there particular ideas you have for addressing screen time?

You want to make the cues for your good habits obvious, and the cues for your bad habits invisible or hidden. I have nothing on my home screen except for phone, text and two reading apps -- Audible and Pocket. I'm trying to induce a reading habit by making those cues obvious.

Then the cues that I want hidden or invisible -- like the Instagram, Facebook, Twitter apps -- are three slides over and nested inside a folder. It's not that they're impossible to get to; I'm just trying to make it less likely that I'll mindlessly tap it just because it's staring me in the face. Of course the most extreme version is you just delete them.

Another option is to increase the friction associated with doing the task. This doesn't work for everyone's job, but this year I have left my phone in another room until lunch each day. So I get about a three or four-hour block in the morning where my phone just isn't next to me. If I have my phone next to me on the desk, I'm like everybody else. I'm going to check it and look at it 150 times. But if it's in another room, I never go get it.

What you're describing all seem like ideas to basically save you from yourself. I think a lot of people think willpower and motivation shape habits. But it doesn't seem like we're really that strong.

One of my core arguments is that the strategy needs to to go with the grain of human nature, not against it. The standard narrative is that the way to build better habits or break your bad habits is you need to try harder. You need to want it. You need to have more willpower and grit. This time it's going to be different because you're going to really be motivated.

I think that's broken. The question to ask is, 'can those bad habits be instructive for us? Can we look at why they form so readily and then learn what we can do to design an environment or situation where good habits also form effortlessly?' I think the answer is yes.

This article was written by Jena McGregor from The Washington Post and was legally licensed by AdvisorStream through the NewsCred publisher network.

This article was from The Washington Post and was legally licensed by AdvisorStream through the NewsCred publisher network.