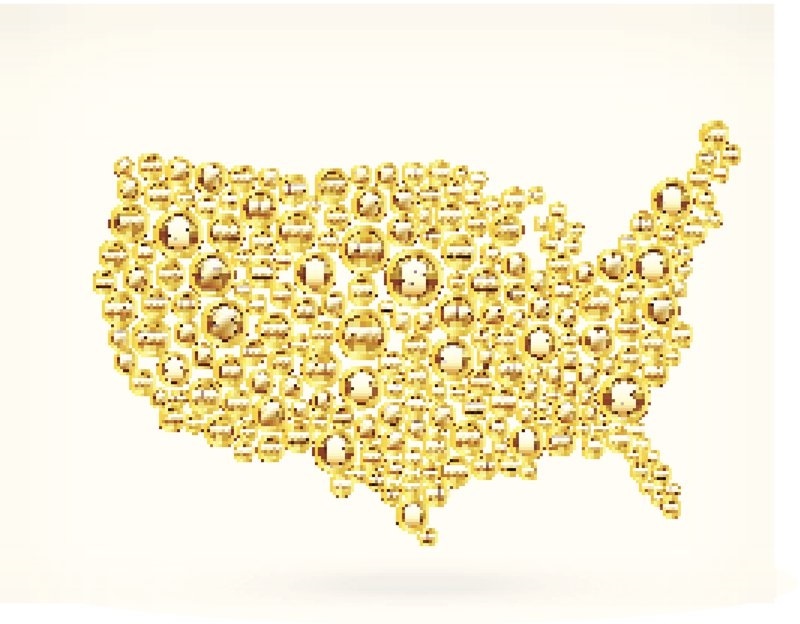 Remote-Working From a Different State? Beware of a Tax Surprise

In March, millions of people had their workplaces scrambled by the coronavirus pandemic and hastily decamped to work remotely. Even with some offices reopening, many hope to prolong the arrangement now that summer is here.

But if you're doing your job in a state different from your usual one, beware: You may need to file returns and perhaps pay taxes there. So check on your 2020 state taxes now to avoid a bad surprise next year.

Each state tax system is a unique mélange of rules that consider how long a worker is there, what income is earned, and where the worker's true home, known as domicile, is. But nearly all states that have income taxes impose them on workers who are passing through. In two dozen states, that can be for just one day.

These rules are famous for taxing out-of-state entertainers and athletes like Michael Jordan and Alex Rodriguez. But this year they'll complicate filings and payments for regular folks working remotely due to the pandemic, such as a tech worker based in Washington state who has temporarily moved back to his parents' house in Oregon, or a New York banker who has set up a desk in a Florida beach home.

How will states know that someone has worked there? In various ways; employers will ask employees and tax preparers will ask clients about their work locations.

Employers and tax preparers may be able to treat a small amount of work in some states as de minimis. But that's a judgment call, and signing a false return would put a preparer's license at risk. DIY filers using commercial software should remember that tax returns are signed under penalty of perjury.

So far, 13 states and the District of Columbia have agreed not to enforce their tax rules for remote workers who are present due to the coronavirus, according to American Institute of CPAs spokeswoman Eileen Sherr, who tracks this evolving data. Some states don't have an income tax, but more than two dozen others—including New York and California, which are famously aggressive—are still set to levy taxes on these remote workers for 2020.

New York, which has been hardest hit by the pandemic and depends on high earners for a large percentage of income-tax revenue, isn't likely to join the nonenforcers. In early May, Gov. Andrew Cuomo said that unless the state gets more federal money, even out-of-state health workers who came to help fight the pandemic will be liable for New York taxes on their pay.

New York also taxes remote employees who live and work in another state if their job is tied to a New York office, as in the case of one Arizona resident who has been telecommuting for a New York employer since before the pandemic and has owed taxes to both states. He and others may argue that they now must work remotely because their offices are closed. So far, the Empire State still wants tax on income from remote workers this year.

Not all remote workers will face new cross-border burdens, says Ms. Sherr. About 15 jurisdictions, such as Maryland, Virginia and the District of Columbia, have long had agreements with neighbors allowing commuters to file and pay tax where they live.

Some remote workers could also be net winners and owe lower total state taxes for 2020 if they're in a low- or no-tax state. For example, Texas has no state income tax, so a San Francisco tech worker who moves there for several months may be able to avoid high California income tax on compensation earned while in Texas.

Workers like that must be careful, warns Chris Parker, an attorney with Moss Adams. While California will try to tax all their income if their absence is temporary, he says, they will have a better case if their employers record them as Texas residents on their paycheck and W-2 form while they are there.

Remote workers also often get credits from their home states for taxes paid to other states. But these credits might not make the worker whole if the remote work is in a state with higher taxes than the home state. For example, a Seattle employee who works remotely from Oregon during the pandemic and owes Oregon income tax won't get a credit from Washington, because it doesn't have an income tax.

Businesses with employees or owners working remotely face further tax headaches, says Douglas Lindholm, who heads the Council on State Taxation, a business-funded nonprofit working to simplify cross-state taxes. Simply having a worker present in a state can trigger so-called nexus rules that raise state taxes on business as well as personal income.

With these complex issues in play, tax advisers are urging remote workers to act soon to see how they're affected. Mark Klein, chairman of the Hodgson Russ law firm in New York, recommends that employees talk to their employers about where state taxes are being withheld while they're working remotely.

As arrangements that at first seemed provisional take root, taxpayers should track days spent working in different states, because auditors often use cell-phone or credit-card records to track movement.

And don't file state returns that are inconsistent with these records. Doing so can mean an easy case for state auditors—and a torrent of taxes due, interest, professional fees and even stiff penalties for you. Says Mr. Klein, "The penalties are for not even trying to get your taxes right."

Who Owes What Where?

How taxes might be assessed in some remote-work scenarios

My usual home is New York City and my employer is in Manhattan, but I am living at my weekend home in Connecticut and expect to be there for more than six months this year.

New York is still your permanent home, so you owe New York tax on income you earned while in Connecticut. Connecticut will likely also tax all your income because you are spending more than 183 days there. In this situation, neither state is likely to give you a credit for the other's taxes, says Edward Zelinsky, a law professor at Yeshiva University's Cardozo Law School who lives in Connecticut.

You will likely owe Arizona taxes on your income earned while in Phoenix. If your employer changes your paycheck and W-2 to reflect Arizona residence for a few months, California might waive income tax for those months.

But if you return to California from Arizona, the Golden State auditors can assert that you were away only temporarily and thus owe tax on all that income, and they are expected to be aggressive on these issues. Chris Parker of Moss Adams says that California should give credit for any Arizona taxes paid if the W-2 reflects your time in Arizona, but it's not clear.

My house is in Virginia and I normally commute to work in Washington, D.C., but now I'm working from home.

Your state taxes won't change. D.C. and Virginia have a "reciprocity" agreement that means your income is taxed in Virginia, whether you are working in D.C. or Virginia.