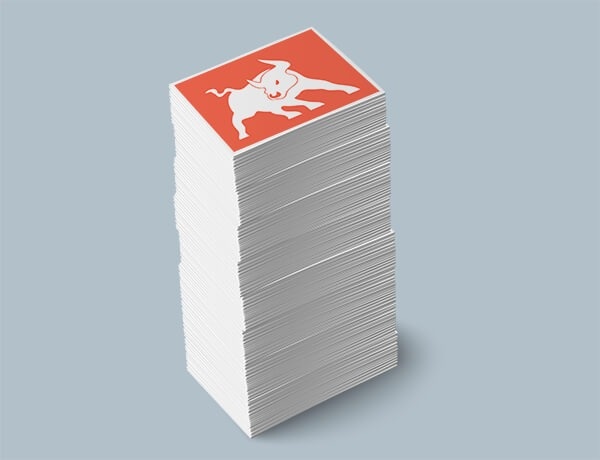 The three ways that the market seems to be returning to normal after its pandemic unruliness, plus one possible change in its long-term pattern.

It's not 2020 anymore where SPACs, Meme Stocks, and penny stocks are all the rage.  The market does not always go out.

"The market’s returned to normal: there’s no relationship between the price and performance."

There is a reason long term portfolios eye diversification, and search for long term value.

In one way this year so far looks very like last year: the benchmark 10-year Treasury yield has risen by almost exactly the same amount, a little over 0.2 percentage points. In most ways, though, it looks completely different: rather than rewarding rampant speculation, the stock market has been punishing those who bet on fashionable stocks.

Here are three ways the market seems to be returning to normal after its pandemic unruliness, plus one possible change in its long-term pattern.

Share prices are irrelevant again. The start of January last year was unusual for the rush into stocks with a low share price, a sign of uninformed betting on the markets. The price of a share means nothing on its own. It matters only in relation to some measure of earnings or assets, so performance should not be linked to prices. But a year ago the strongest determinant of performance was the raw price, probably because of an influx of new individual traders who had yet to learn the basics.

This year, the market’s returned to normal: there’s no relationship between the price and performance. That’s a good thing, except for those few who still bet on penny stocks.

Bubble stocks are back to doing badly when monetary conditions tighten. Early last year, speculators bet on popular themes, which inflated into mini-bubbles: clean energy, cannabis, electric vehicles, crypto and SPACs—special-purpose acquisition companies—as well as meme stocks such as GameStop and AMC Entertainment. The thematic bubbles peaked from January to March and began to deflate, although froth returned in October (and Tesla held on to its gains better than other EV stocks).

This year higher bond yields have hit many of the bubble stocks hard again, with the Ark Innovation ETF—the purest expression of bets on unproven new technology—down more than 8%. ETFs tracking companies listed via SPACs and clean energy stocks are off 5% to 7%, while many of the electric-car companies and suppliers (again, Tesla excepted) have been hit. All the frothy themes are down more than 40% from last year’s highs.

Cheap stocks are back in fashion—where cheap means a low valuation, not a low share price. Last year growth stocks beat the cheap “value” stocks, with the Russell 1000 Growth Index returning 27.6% including dividends against 25.2% for the value index. That’s not what should be expected in a year when bond yields rose: Higher bond yields ought to hurt growth stocks by making earnings far in the future less appealing, while helping value stocks, which benefit from the stronger economy that led to the yield rise.

It’s worked so far this year, though, with value stocks up while growth stocks, as well as the tech-heavy Nasdaq, are down.

This pattern could be part of a broader shift back to how stocks used to behave before the dot-com bubble of the late 1990s, when higher bond yields were generally bad for stocks, and lower yields were good.

Back in the 1990s, and earlier, higher yields were more likely to be an indication of concern about inflation than of stronger real growth, so there was nothing good to offset the pain of higher yields for stocks, and vice versa. Since 2000, days with higher bond yields have also tended to be good days for stocks, as investors focused on the positive news of a stronger economy.

The switch shows up in the link between stocks and bond yields: the correlation of daily changes between the two was mostly negative until 1997, and later turned strongly positive.

Last year, the correlation flipped again, with the weakest link between the S&P 500 and bond yields since early 2007, shortly before the subprime mortgage crisis kicked off. It isn’t clear if last year’s flip was temporary, or a return to the pre-1997 era, but certainly this year higher yields hurt stocks and investors are again (quite rightly) worried about inflation. If this is a permanent shift in the stock-bond relationship, it makes it harder to construct a low-risk portfolio, because bonds won’t provide offsetting gains on days when stocks fall.

Worse, higher yields undermine the case for ignoring the high valuation of U.S. stocks: that they are cheap compared with bonds, the main alternative. If bonds get cheaper—that is, yields rise—then stocks become relatively less attractive.

I’m less concerned about value stocks, which are much cheaper and ought to be less affected by higher yields. But the obvious risk this year is that yields rise, monetary policy tightens and growth stocks drag down the overall market. That isn’t the sort of return to normal that investors want.

Write to James Mackintosh at james.mackintosh@wsj.com