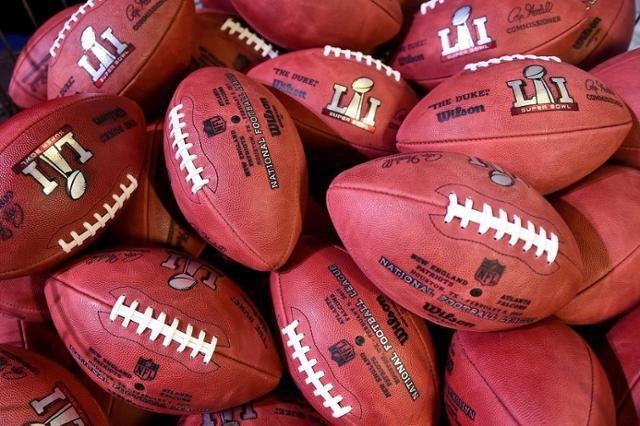 The Wall Street Journal: Andrew Beaton
July 23, 2020
Share |
The NFL and its players agreed to football's most important new rules—pandemic protocols—after a period of blistering public criticism about safety standards from stars across the league.

With just days before training camps begin, the NFL and its players agreed to football's most important new rules—pandemic protocols—after a period of blistering public criticism about safety standards from stars across the league.

The agreement between the NFL and NFL Players Association calls for daily testing at the start of camp, a daunting task in a business with thousands of players, coaches and staffers. It also mandates technologically advanced contact tracing to reduce the coronavirus's spread if it enters team facilities.

The frenzied talks over the last several days also led the NFL to offer to play zero exhibition games, according to two people familiar with the discussions. Player leadership had previously voted unanimously in favor of a resolution advocating for no preseason and will agree, one of the people said. Pending a final resolution on the topic, that means the plan is for no preseason football in 2020.

"Everything we're doing is centered around the concept of risk mitigation," said Dr. Allen Sills, the NFL's chief medical officer. "We know we can't eliminate risk."

It's a distinctly NFL approach to a problem the league has become very familiar with: health and safety. The league is pouring an immense amount of resources to try to solve an issue that may not have a workable solution. The testing alone—hundreds of thousands of tests, over the course of the potential season—is expected to cost around $75 million, a person familiar with the matter said. That figure doesn't include significant costs associated with contact tracing and other measures.

The deal comes just days before players are set to show up to camps. Most camps are scheduled to open July 28, though rookies and some others were scheduled to come in even earlier. Rookies for the Houston Texans and Kansas City Chiefs came in Monday, before the agreement was even finalized—though, as will be the case with other players when they first return, their first appearance consisted of just a Covid-19 test.

The two sides had months to develop a plan for attempting a season during the pandemic. When leagues like the NBA shut down back in March, the NFL was just beginning its offseason. And while they agreed on some changes like no jersey swaps after games and how to socially distance inside facilities, the most critical issues were still outstanding until these final moments, after players began publicly airing their grievances over disagreements they had with the league.

"I am concerned. My wife is pregnant. @NFL Training camp is about to start. And there's still No Clear Plan on Player Health & Family Safety," Seattle Seahawks quarterback Russell Wilson tweeted Sunday. "We want to play football but we also want to protect our loved ones."

Wilson, husband of the star musician Ciara, wasn't alone. Players across the league have tweeted #WeWantToPlay, echoing concerns over not just health and safety relating to the virus but also the potential increase in injuries that they believe will come after an offseason when they haven't been able to train properly. NFLPA president J.C. Tretter, an offensive lineman for the Cleveland Browns, has pointed to the season after the 2011 lockout, which involved a similarly extended break ans saw injuries increase by 25%.

The players wanted to completely eliminate the preseason to allow for a more gradual ramp up to the regular season to accommodate those risks. The NFL, which had already reduced the exhibition slate from four games a team to two, initially wanted to keep some on the calendar. But after the settled testing protocols were officially released Monday, people familiar with the discussions said the league offered to eliminate the preseason—settling the last big ticket health and safety issue between the two parties.

But before anybody even steps into a locker room, practices or plays a game, they'll enter the agreed upon testing protocols. For the first two weeks, at least, players, coaches and other staffers will be tested every day. At the start, they will be required to register at least two negative tests before they can come in.

After the first two weeks, the testing frequency will go down to every other day if the positive test rate leaguewide is below 5%. If it's higher, the daily testing will continue until it sinks below that threshold.

"The testing protocols we agreed to are one critical factor that will help us return to work safely and gives us the best chance to play and finish the season," the NFLPA said in a statement.

The NFL expects its testing partner, BioReference Laboratories, to turn around thousands of test results in under 24 hours every day—a topic that could become thorny with the virus surging in parts of the country amid increased scrutiny of the country's testing capacity and turnaround times. Some teams, such as the Miami Dolphins and Houston Texans, also play in areas that are reckoning with increasing hospitalizations. Meanwhile, MLB's return to action has seen delays in getting test results.

Sills, the NFL's chief doctor, said they chose to work with a national testing company in order to avoid adding to the testing burden in local areas. He said the league was assured by governmental and public health officials that their testing plan wouldn't adversely affect the situation. "We've received unanimous response across the board that it would not have a negative impact," Sills said. "That's a very important point to us."

Sills also touted the use of proximity tracking devices that players and staff will use whenever they're together—in facilities, on the field or even traveling together. The idea is that it's essentially high-tech contact tracing so they can determine close contacts with a high-degree of precision.

The devices can be worn on someone's body or even embedded in their equipment for both practices and games. As opposed to standard contact tracing, it doesn't rely on human recollection. The sensors show which players have been exposed to each other—and for how long—when someone has tested positive.

The tracing will be in addition to the new restrictions that were already implemented, such as limits on the size of team meetings and efforts made to mandate social distancing inside locker rooms.

But those efforts can only go so far because constantly smothering other players is inherent to football. Tackling, blocking and pretty much every aspect of the sport is incompatible with social distancing.

Sills called the protocols "living and breathing documents" that he expects to change both as the science evolves surrounding the novel virus and they see it implemented.

Write to Andrew Beaton at andrew.beaton@wsj.com