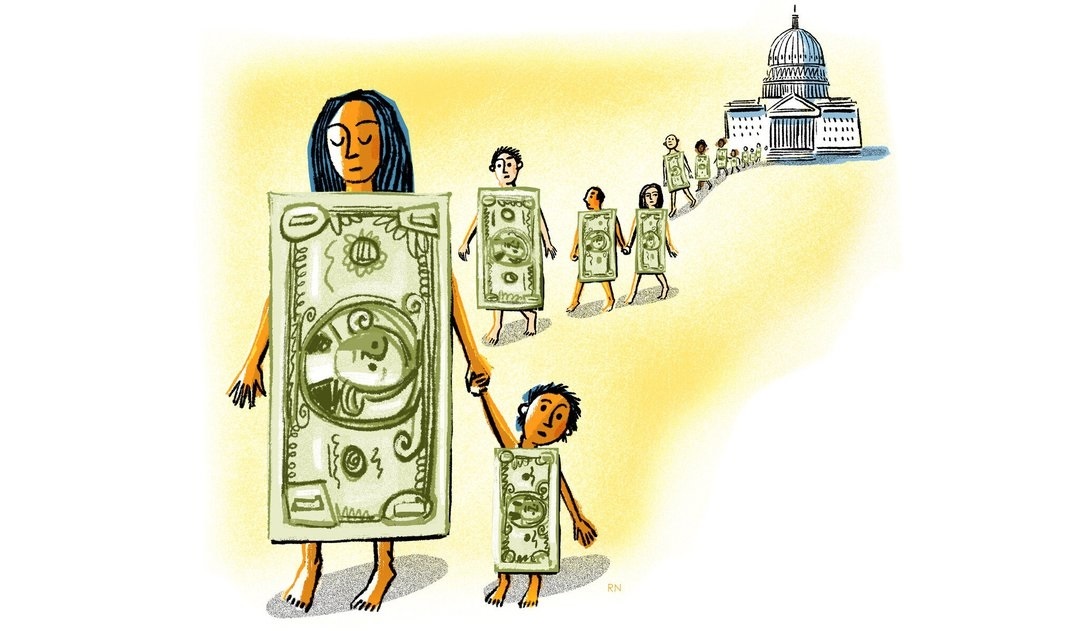 The Stimulus Deal: What’s in It for You

Lawmakers agreed to issue stimulus payments of $600 and distribute a federal unemployment benefit of $300 for 11 weeks. But that money will take time to start arriving.

This post is being shared by the New York Times, written by  Tara Siegel Bernard and Ron Liebe.

Another dose of relief is finally on the way for the millions of Americans facing financial distress because of the coronavirus pandemic.

Lawmakers agreed to issue stimulus payments of $600
and distribute a federal unemployment benefit of $300
for 11 weeks — but that money will take time to start
arriving. (Robert Neubecker/The New York Times)

On Sunday, congressional leaders in both parties announced an agreement to provide a round of $600 stimulus payments to most Americans and partly restore the enhanced federal unemployment benefit, offering $300 for 11 weeks.

The legislative package hasn’t been completed, but combined with a few other relief measures, it will provide welcome, albeit temporary, assistance to many. And how quickly the money reaches your pocket will depend on several factors.

Here’s a closer look at what the latest legislative package will mean for you.

Will I receive another stimulus payment?

The first payments early this year began arriving via direct deposit about two weeks after legislation passed. It took some people months, however, to receive the money.

Will it be direct-deposited, as it was last time?

What if I still haven’t received my previous stimulus payment or only got part of it?

You can claim what is known as a “recovery rebate credit” when you file your 2020 tax return. The Internal Revenue Service has a page on its website that explains the details.

What about older children whom I claim as a dependent?

If they are 17 or older, they will not be eligible for a payment and you cannot collect one on their behalf.

What does the agreement do?

Congressional leaders agreed to extend the amount of time that people can collect unemployment benefits.

It would also restart an extra federal benefit that is provided on top of the usual state benefit. But instead of $600 a week, it would be $300. That would last through March 14.

How does the extension work?

Here’s how the extension would work in practice: Most states pay benefits for 26 weeks, though some offer less. After that, the CARES Act had extended benefits by 13 weeks. The latest package would tack on 11 more weeks, bringing the total extension to 24 weeks — for anyone receiving either state benefits or pandemic unemployment assistance.

(In periods of high unemployment, your state may also offer its own extended benefit program. Extended benefits usually last for half the length of the state’s standard benefit period, but may be longer in some places.)

Everyone who qualifies for unemployment checks will also get an extra payment of $300 weekly. The so-called federal Pandemic Emergency Unemployment Compensation benefit will be paid for 11 weeks, starting at the end of December through March 14.

That’s less generous than the first package, which granted an extra $600 a week to all workers who qualified for state-level or equivalent benefits. That extra payment ran out in July, although President Donald Trump later issued a memo making a further $300 available for about five weeks.

Will anything else change?

The bill also provides an additional federal benefit of $100 weekly to individuals who have earned at least $5,000 a year in self-employment income, but are disqualified from receiving a more generous Pandemic Unemployment Assistance benefit because they are eligible for state unemployment benefits, according to a Senate aide.

This extra money would be added to the extra $300 weekly benefit, and would also end March 14. The benefit will begin only after your state chooses to reach an agreement with the Labor Department.

This will help people, for example, in the film industry. Let’s say a person earned most of their income through larger freelance jobs from movies, but took lower-paying jobs at restaurants in between. These workers would qualify for lower, state-level benefits based on the restaurant work. The extra money will help people in these types of situations.

How long will I have to wait for benefits?

If your benefits have already run out, experts said to check your state’s website for further instruction about whether you’ll be required to do anything to receive the extra 11 weeks of aid. The states will probably reinstate them automatically, but expect to wait at least a few weeks.

“You may have to wait through part of January to get access to benefits that stopped at the end of December,” said Michele Evermore, a senior policy analyst for social insurance at the National Employment Law Project. “If Congress passes relief, it has historically been structured so that your benefits are restored beginning the date of enactment. So there shouldn’t be a gap in your eligibility if that happens, just a gap in when you get paid.”

Are there any changes in interest rate policies?

Yes. The federal government makes the interest payments for students who qualify for subsidized loans while they are in school, but it cuts them off if it takes too long for them to finish. Now, there would be no time limit.

What about changes to the Free Application for Federal Student Aid (FAFSA)?

It should be a lot simpler, soon.

Sen. Lamar Alexander, R-Tenn., who is retiring, has long sought to reduce the number of questions on the notoriously complicated form, which students must fill out in order to qualify for aid including federal loans and Pell Grants for low-income students.

The new FAFSA, which as many as 20 million people fill out each year, would lose two-thirds of its questions, going from 108 to no more than 36.

Did Pell Grants get more generous?

Yes. After years of efforts by advocacy groups and some senators, prisoners would again be eligible to use them for higher education.

Overall eligibility rules will get simpler, too, which means more people would qualify — and qualify for the maximum grant.

OTHER FORMS OF HELP

I am behind on my rent or expect to be soon. Will I receive any relief?

The latest legislation extended a moratorium on renter evictions through Jan. 31

The Trump administration, through an order from the Centers for Disease Control and Prevention, had already extended a previous eviction ban through the end of the year. The agency said the moratorium was needed to prevent renters from ending up in shelters or other crowded living conditions, which would put them at higher risk of contracting the coronavirus.

The new legislation simply extends that order. To be eligible, renters must have experienced a “substantial” loss of household income, a layoff or “extraordinary” out-of-pocket medical expenses, among several other conditions — and they can’t expect to earn more than $99,000 in 2020 (or $198,000 for married people filing their tax returns jointly).

Renters can use a form from the CDC’s website to attest to their eligibility — more information on eligibility can be found there.

What if I can’t pay my mortgage?

If you’re struggling to make your payments, you may qualify for a forbearance, which allows homeowners to temporarily pause or reduce payments for up to 180 days (after that, homeowners can ask for an additional 180 days). These rules, which apply to federally backed mortgages, are still in effect as part of the CARES Act relief package passed in March.

But the rules vary a bit, depending on the type of mortgage you have.

If your loan is backed by Fannie Mae or Freddie Freddie Mac, there is no precise end date to the policy — regulators will wind it down when they deem it appropriate.

But homeowners with loans insured by the Federal Housing Administration must contact their servicer and request an initial COVID-19 forbearance consistent on or before Dec. 31. “We are continuing to assess options related to this deadline date,” a spokeswoman for the agency said.

Any skipped payments aren’t forgiven and must eventually be paid back. But if borrowers cannot make the extra payments right away, they may be eligible to push back what they owe until the home is sold, refinanced or when the loan term is up.

The situation is murkier for borrowers with private mortgages. They aren’t covered by the same protections, though some providers have extended similar relief.

I’m a homeowner on the verge of foreclosure. Am I at risk?

Single-family homeowners with loans backed by Fannie Mae or Freddie Mac would be protected from foreclosure through at least Jan. 31, 2021, regulators that oversee federally backed mortgages said this month. The moratorium had been scheduled to expire at the end of December.

People living in properties that either Fannie or Freddie has taken over because the owner couldn’t pay the mortgage are also protected — the moratorium on evictions has been extended as well.

The Federal Housing Administration, which often insures loans to borrowers who put less money down, has a foreclosure and eviction moratorium through Dec. 31. A spokeswoman for the agency said it was assessing its next steps.