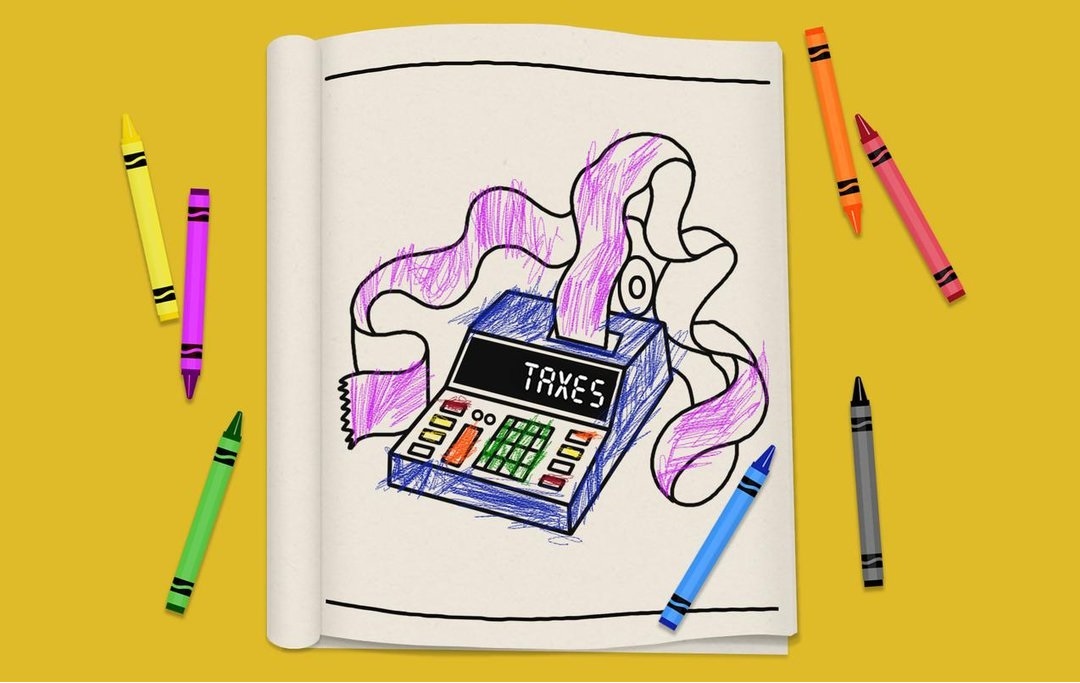 Time to Go Back to School on the ‘Kiddie Tax’

Gold-Star families saw their taxes soar, prompting Congress to reverse course on one part of the 2017 tax overhaul. The change could affect you too.

Congress made a big change to the so-called Kiddie Tax when it overhauled the tax code in 2017. But when lawmakers learned its terrible consequences, they switched back.

This zigzag is giving some taxpayers important choices on 2018 and 2019 tax returns. Others, such as generous parents or grandparents, need to relearn how Kiddie Tax rules will apply for 2020 and beyond.

Let’s recap. Congress passed the Kiddie Tax in 1986 to prevent wealthy people from giving income-producing assets to their children to take advantage of their lower rates.

The levy imposed income tax on children’s “unearned” income at the parents’ tax rate, above a small exemption. For 2019 and 2020, the exemption is $2,200. The tax doesn’t apply to a young person’s earned income, say from being a camp counselor.

Over time, the Kiddie Tax expanded so it applies to most under age 18 and many under 24, if they are full-time students and aren’t self-supporting. Taxpayers filed about 370,000 Kiddie Tax forms and paid $1.1 billion for 2017.

But the Kiddie Tax was complex, especially if a family had several children because it required back-and-forth between the children’s tax returns and the parents’. Sometimes it caused difficult conversations about parental income with older children when they signed their own returns.

The 2017 overhaul aimed to simplify the Kiddie Tax by taxing each child’s unearned income at trust tax rates instead of the parents’ rate. This change did streamline it, but lawmakers overlooked its disastrous effects on low- and middle-income families. Some of their children have unearned income from survivor’s benefits, taxable financial aid, and other sources.

The revision spiked these families’ Kiddie Taxes because the top trust-tax rate of 37% kicks in at a low level, often below $13,000 of taxable income. Some parents found their children’s rates far exceeded their own for 2018.

Congress responded by repealing the Kiddie Tax revision late in 2019 and reinstating prior law for 2020 and beyond.

“The change is a huge relief because it put an undue burden on thousands of our families,” says Candace Wheeler, policy director for TAPS, a military survivors’ assistance group.

Lawmakers also allowed filers to choose either version of the Kiddie Tax for 2018 and 2019. Those seeking refunds for 2018 must file amended returns using Form 1040X.

The Kiddie Tax now provides opportunities for tax-efficient gifts that were limited by the revision, says Tim Steffen, a senior adviser consultant for Pimco. Here are a few scenarios.

Example 1. A mother and father want to help their daughter, age 24, with professional-school tuition in 2020. They give her $50,000 of stock shares acquired for $15,000 some years ago. The daughter, who has little other taxable income, sells the stock and has a $35,000 long-term gain.

There’s no Kiddie Tax because the daughter is 24, and she owes zero tax on the capital gain because her taxable income is below $40,000. Her parents would probably owe at least $5,000 of tax if they sold the shares.

What about gift tax? Each parent gets a $15,000 annual exemption for the daughter’s gifts, and the remaining $35,000 can be deducted from the parents’ combined lifetime exemptions of $23.16 million.

Example 2. A wealthy grandfather with a 23.8% rate on long-term capital gains wants to help his 19-year-old grandson, a full-time student, pay tuition. He gives the young man $40,000 of stock held in a taxable account that was acquired for $10,000.

The student sells and has a taxable gain of $30,000. Most of this will be taxable at his parents’ capital-gains rate of 15%. Giving this stock instead of selling it and giving cash likely saves nearly $3,000 of tax, says Mr. Steffen.

Again, no gift tax needs to be paid. There’s a $15,000 annual gift-tax exemption, and the rest can be deducted from the grandfather’s $11.58 million lifetime exemption.

Example 3. In 2018, a college student received $20,000 of financial aid that was taxable at rates up to 37%, in addition to non-taxable scholarships.

With the law change, the student can owe the 2018 tax at the parents’ tax rate of 12%, saving nearly $3,000 of tax, says Mr. Steffen. But the student must file an amended return to claim a refund.

Note: Under current law, colleges don’t have to report taxable financial aid to the Internal Revenue Service, and many don’t. Tax specialists say the agency doesn’t seem to be enforcing the law in this area.

The child has no other income. No tax will be due on annual dividends of $300, and no capital gains tax will be due unless the stock is sold. If it is, the starting point for measuring gain will be $2,000, and Kiddie Tax could be due.

A final reminder: There’s no income tax, just gift tax, on presents of cash. Payments of any amount for tuition or medical care are free of gift tax if paid directly to the institution.