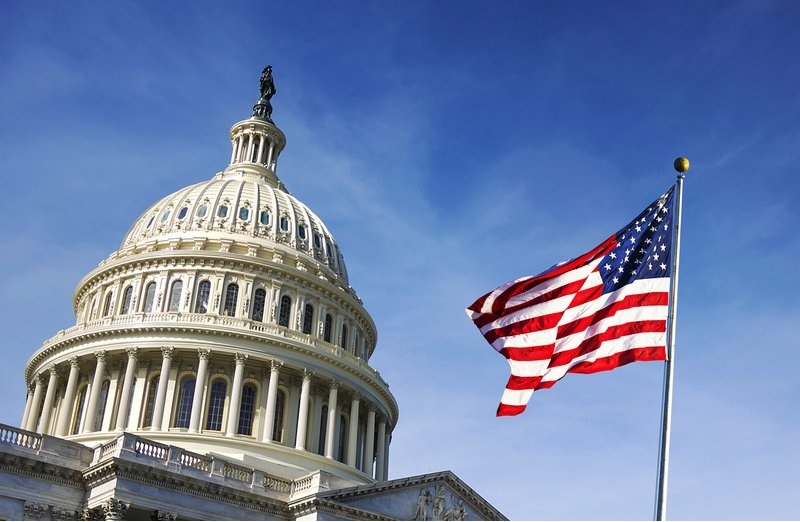 U.S. Debt Is Set to Exceed Size of the Economy Next Year, a First Since World War II

U.S. government debt will exceed the size of the economy in the government’s 2021 fiscal year, a milestone not hit since World War II that has been brought into reach by a giant fiscal response to the coronavirus pandemic.

If you aren't sure what steps your financial plan should be taking now, we would be happy to give you a second opinion.

This weeks article was posted on The Wall Street Journal, written by Kate Davidson.

WASHINGTON—U.S. government debt will exceed the size of the economy in the government’s 2021 fiscal year, a milestone not hit since World War II that has been brought into reach by a giant fiscal response to the coronavirus pandemic. The Congressional Budget Office said Wednesday that federal debt held by the public is projected to reach or exceed 100% of U.S. gross domestic product, the broadest measure of U.S. economic output, in the fiscal year that begins on Oct. 1. That would put the U.S. in the company of a handful of nations with debt loads that exceed their economies, including Japan, Italy and Greece. This year the ratio is expected to be 98%, also the highest since World War II.

The surge in borrowing so far isn’t creating angst among investors or hampering the U.S.’s ability to borrow more. Investors have gobbled up U.S. Treasury assets, drawn to their relative safety. Moreover, interest rates are expected to remain low, suggesting the government still has plenty of room to borrow.

The yield on the benchmark 10-year U.S. Treasury fell Wednesday to 0.643%, from 0.672%, in line with a broader rally in financial markets. Bond yields fall as prices rise.

The U.S. passed the 100% debt-to-GDP mark, measured on a quarterly basis, in the April to June quarter, when government spending surged to combat the new coronavirus and tax revenue plunged. But this would be the first time in more than 70 years for it to do so for the federal government’s full fiscal year.

The last time the U.S. debt level exceeded economic output was in 1946, when it stood at 106% after years of financing military operations to help end World War II. Policy makers have compared the fight against the coronavirus to a military war effort, and approved roughly $2.7 trillion in spending since March for testing and vaccine research, aid for hospitals and economic relief for businesses, households and state and local governments. Federal revenue fell 10% from April through July, compared with a year earlier, as fears of the virus and widespread business shutdowns brought economic activity to a standstill, and firms laid off millions of workers.

The combination of those factors sent the federal deficit soaring and caused government debt as a share of economic output to jump.

By the end of June, total debt had swelled to $20.5 trillion from $17.7 trillion at the end of March, a 16% increase over just three months, according to Treasury Department data. Meanwhile, the economy shrank 9.5% in the second quarter, bringing debt as a share of GDP to 105.5%, compared with 82% in the first quarter.

“It was a massive rise in borrowing and quite shocking, but incredibly effective,” said former CBO chief economist Wendy Edelberg, who in June became director of the Hamilton Project, a think tank affiliated with the Brookings Institution. “On the flip side, this is exactly why we, as a country, want to have room to increase borrowing during times of emergency.”

Although the economy contracted sharply in the second quarter, the decline would have been much worse if not for the historic fiscal support, economists say. The spending propped up incomes through stimulus checks for households, enhanced jobless benefits and emergency small-business loans.

CBO projects those measures will add little to the deficit over the next 10 years, because they are entirely offset by low inflation and very low interest rates. Wednesday’s estimate said the deficit would grow by $13 trillion over the next decade, compared to March’s $13.1 trillion projection.

The mounting U.S. debt load is at the center of a debate in Congress over how much additional relief the government can afford to provide to households and businesses hit by the pandemic.

Cutting the size of the nation’s debt hasn’t in recent years been a priority of lawmakers in either political party—a factor that facilitated bipartisan support for earlier pandemic stimulus packages. The latest effort is testing the limits on lawmakers’ willingness to spend, however. Democrats have pushed for a broad-based, $3.5 trillion relief package, while the White House and Senate GOP have sought to cap the bill at $1 trillion. Some Republicans have argued against any additional relief measures at all.

Net interest costs on the debt have declined 12% during the first 10 months of the fiscal year compared with the same period a year earlier, despite rising red ink. “There’s no economic difference between a ratio of 99% and a ratio of 101%,” Ms. Edelberg said. A more useful measure of the country’s fiscal health is its debt-to-GDP trajectory, she added.

After World War II, federal debt levels remained relatively stable for years and a booming 1950s economy helped cut the debt-to-GDP ratio in half, to 54%, by the end of the decade. That isn’t expected to happen this time.

Deficits and debt were already projected to rise over the coming decades as an aging population pushes up the costs of Social Security and Medicare. In the years before the virus, Congress also approved a handful of measures that widened the budget gap, including two bipartisan budget deals that lifted government spending above previously enacted caps and a Republican tax cut that has constrained revenues.

“In the short term you have to spend what it takes to minimize the recession and keep the economy afloat,” said Brian Riedl, a senior fellow at the conservative Manhattan Institute for Policy Research. “But the soaring debt to GDP ratio is totally unsustainable, even if interest rates remain low.”

Interest costs are expected to eat up a larger share of the federal budget, topping out at $1 trillion a year by the end of the next decade, Mr. Riedl estimates.

The larger the debt grows, the more sensitive it becomes to even small shifts in interest rates, and the more likely it is to crowd out private investment, he added.

House Speaker Nancy Pelosi said last week that Democrats would be willing to accept a $2.2 trillion relief package, but the talks remained at an impasse as Senate Republicans prepared to introduce legislation after they return from their August recess next week.

Federal Reserve Chairman Jerome Powell and some economists have said Congress needs to do more to support the nascent recovery, especially with unemployment in double digits and the virus continuing to spread throughout the country. The pandemic has forced many states to alter reopening plans and could temper the economic rebound expected this summer.

“I think we’re going to continue to see the U.S. economy recover,” Tyler Goodspeed, the acting chairman of President Trump’s Council of Economic Advisers, said at a press briefing last month. “It would recover a lot faster, and with much less long-term scarring, with additional support.”