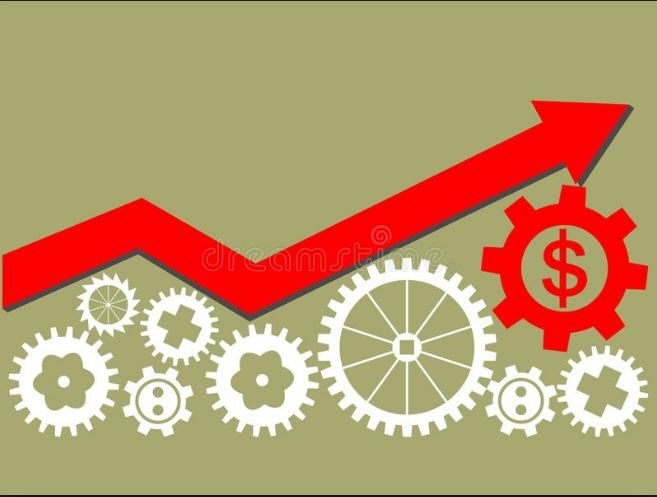 Up, Up, Up Goes the Economy. Here's What Could Knock It Down.

Americans have spent much of the past decade wondering when the economy would recover from the crippling Great Recession. Now, they are considering another question: When, and how, will that recovery end?

This month is the 10th anniversary of the collapse of the investment bank Bear Stearns, the first stirrings of what became a global financial crisis. Next month, in another milestone, the current recovery will become the second-longest American economic expansion on record. There is no sign that the rebound will end anytime soon. Unemployment is low, job creation is strong and the overall economy seems to be gaining momentum, not losing it. Most economists expect the expansion to continue well into next year, which would make it the longest ever. Many think it could last for years, raising the possibility that President Trump could run for re-election amid the most sustained economic growth in a generation.

Even the Federal Reserve’s intention to impose three interest-rate increases this year — with the first expected on Wednesday — has done little to cloud the outlook.

But many economists also argue that the seeds of the next crisis are being sown today, even if it is several years before they poke above the surface. Good times are meant to give governments an opportunity to get their fiscal houses in order and address long-term challenges. Instead, the United States is piling on debt and adopting policies — immigration restrictions, increased trade barriers, looser financial regulation — that many economists view as counterproductive.

“We’re adding to the structural issues,” said Veronique de Rugy, an economist at the Mercatus Center, a libertarian think tank. “This is the thing that’s the most disconcerting. We’re not just not addressing it, we’re adding to it.”

Investors may be starting to worry about whether the recovery could be, if not ending, at least entering a riskier phase. In February, markets tumbled after a report showing unexpectedly strong wage growth revived long-dormant fears of inflation. The markets rebounded but have remained volatile, dropping again this month when Mr. Trump announced plans to impose tariffs on steel and aluminum that are expected to take effect this week.

Economists said that any fears investors have would not be unfounded, but might be premature. It is possible that the tightening labor market — the unemployment rate, at 4.1 percent, is the lowest since 2000 — could force companies to pay higher wages. That could lead to inflation and prompt the Fed to raise rates more quickly than planned, and the tighter credit for businesses and consumers could cause a recession.

The likelihood of such a chain of events may have increased in recent months with the Republican tax bill’s passage and the adoption of a big spending package in Congress, which together could pour hundreds of billions of dollars in fiscal stimulus into the economy. Mr. Trump’s tariffs could also increase consumer prices by limiting cheaper imports from abroad.

“We already had a tight economy, and then you add fiscal stimulus, and then you add on top of that trade protections,” said Torsten Slok, chief international economist for Deutsche Bank. “It’s close to the perfect storm coming together with these risks of overheating.”

So far, the threat remains hypothetical. Inflation has crept up but remains below the Fed’s 2 percent target, and wage growth remains anemic — even the surprising figure for January was later revised down. If inflation does pick up, it will not result in a recession overnight.

The impact of a potential trade war is harder to assess. The tariffs announced by Mr. Trump so far are small and unlikely to have much effect on the overall economy. But if he pursues broad-based tariffs against China — something he is reportedly considering — and prompts retaliation by the European Union or other trading partners, the consequences could be much greater.

“We know from history that’s lose-lose,” said Adam Posen, president of the Peterson Institute for International Economics, a pro-trade think tank. “It reverberates throughout the U.S. economy.”

Beyond the issue of trade, most experts see few threats likely to derail the recovery in the short term. That is partly because it would take a fairly substantial shock to knock the economy off course. Tax cuts and spending increases may raise the specter of inflation, but they also provide extra insulation against such a shock. Economists surveyed by The Wall Street Journal recently put the odds of a recession in the next year at 14 percent.

“I think we’re going to go gangbusters for the rest of this year,” said Martin N. Baily, who served as chairman of the Council of Economic Advisers under President Bill Clinton and is now an economist at the Brookings Institution.

Economists are famously terrible at predicting recessions. Few saw the last one coming. And although the current expansion has been durable, it has not been particularly strong. Quarterly annualized growth in gross domestic product has averaged just 2.2 percent since the recession ended, compared with 5 percent for the typical recovery since 1950. The economy has basically experienced a long smolder rather than the kind of rapid conflagration common in the past.

“You can look at it with time as your metric and say, ‘Wow, this is really long,’” said Jonathan Golub, chief United States equity strategist for Credit Suisse. “Or you can look at output and say, ‘It’s actually surprisingly weak.’”

Some parts of the country have experienced little recovery at all. And many families are still earning far less than they were before the recession. As a result, some economists, especially on the left, argue that policymakers should be less worried about the economy overheating than about the recovery ending too soon.

“You just see a pervasive attitude in markets that says, ‘Oh, no, workers are starting to get a piece of the pie, time to take it away,’” said Jared Bernstein, a former economic adviser to Vice President Joseph R. Biden Jr. who is now with the liberal Center on Budget and Policy Priorities.

Lawrence H. Summers, the Harvard economist and former Treasury secretary, said there was evidence that the economy could keep growing without faster inflation. Even a little more inflation, Mr. Summers said, would not necessarily be a bad thing.

“A strong, fully employed economy — where firms looking for workers is a larger issue than workers looking for firms — is the best social program we know,” he said. “It is shortages of labor that induce firms to figure out how to train felons, to move beyond their traditional prejudices, to figure out how to skill unskilled workers, to reach into distressed or depressed communities.”

That argument puts economists like Mr. Summers and Mr. Bernstein in odd political company. Mr. Trump’s economic advisers — including the incoming head of the National Economic Council, Larry Kudlow — have played down the threat of inflation, and Mr. Trump has indicated in the past that he would like the Fed to keep interest rates low. That could pay electoral dividends: If the Fed allows the economy to accelerate, it could bolster Mr. Trump’s re-election chances, even if it raises the risk of a recession in his second term.

So far, the Fed does not seem inclined to cooperate. Jerome H. Powell, the newly appointed Fed chairman, has said he plans to continue the policy of gradual rate increases adopted by his predecessor, Janet L. Yellen. But Mr. Powell hinted in recent congressional testimony that the central bank could be forced to move more quickly if the economy continued to gain strength.

“Some of the headwinds the U.S. economy faced in previous years have turned into tailwinds,” Mr. Powell told lawmakers last month.

In any case, research has found that economic expansions do not “die of old age.” Rather, they end because something — a policy mistake, an asset bubble, an outside shock — causes them to.

Nellie Liang, who led the Fed’s financial stability efforts after the financial crisis, said the United States had stayed out of trouble since then partly because regulators learned lessons that made banks and other financial institutions far stronger.

But Ms. Liang said that after years of low interest rates and steady gains, investors could be caught off guard when the economy hits a speed bump.

“Recessions don’t have to come every 10 years or so,” Ms. Liang said. But avoiding them, she added, required vigilance.

This article originally appeared in The New York Times.

This article was written by Ben Casselman from The New York Times and was legally licensed by AdvisorStream through the NewsCred publisher network.