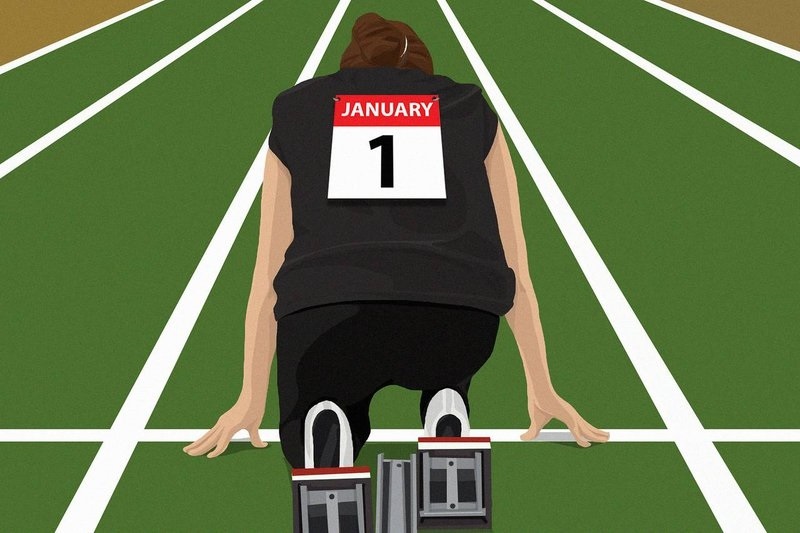 Want to Reach Your Savings Goal in 2020? Here’s What the Research Says Will Help

Wall Street Journal: Anne Tergesen
December 30, 2019
Share |
Two thirds of Americans are considering a New Year's resolution... sadly only half of these people will likely keep them.

Here are six behavioral strategies to consider as you personalize your plan.

New Year’s is when many people feel motivated to make a savings or financial plan, and research shows that it’s a good time to do so.

A recent survey from Fidelity Investments found that 67% of Americans are considering a New Year’s resolution that relates to their finances. More than half of the 3,012 respondents said they want to save more for goals including retirement.

But success is far from assured. Fidelity says about half the people who made financial resolutions for 2019 failed to keep them.

For those who want to boost the odds of success, behavioral economists have some strategies to consider.

Set retirement goals in January (or on your birthday)

Academic research shows both New Year’s Day and birthdays are good times to initiate change. Because both mark the start of a new year, they help us “wipe the slate clean,” said Katherine Milkman, a professor at the University of Pennsylvania’s Wharton School.

“We rationalize that it was ‘the old me’ who failed, but this year will be different,” Prof. Milkman said. This boosts self-confidence, a key to success.

In a forthcoming study by economists including Prof. Milkman, researchers invited about 8,600 employees to start saving for retirement or increase their contributions. Those prompted around their birthdays saved more over the following eight months than those urged to take action around dates that aren’t generally associated with new beginnings, such as Thanksgiving or Valentine’s Day.

People often set themselves up for failure by choosing goals that are too vague or extreme—for example, to “save more” or “retire by 40.”

If a goal requires you to eliminate things you enjoy, you may feel deprived and lose the ability to stick with it, said Dan Egan, managing director of behavioral finance and investing at Betterment LLC.

The key is to make your goals as specific and realistic as possible. For example, “I will increase my savings rate from 5% to 15% in two percentage point increments over each of the next five years.”

The next step is to break your goal down into smaller steps and tackle one at a time.

“Nobody tries to run a marathon on the first day,” said Mr. Egan. “You need a plan to get there.”

Someone saving 5% of pay who wants to get to 15% can implement that plan in one step, by enrolling in automatic escalation, a program many 401(k) plans offer that allows individuals to commit to raising their savings rate gradually over time. The increases often coincide with pay raises.

Some goals, such as financial planning, involve numerous steps that may take months to complete. Mr. Egan recommends starting by simply linking your credit card, loan, bank and 401(k) accounts to an aggregation service, such as those maintained by Intuit Inc. ’s Mint or Personal Capital Corp. The next step, he said, is to set monthly calendar reminders to look at that data to gain a better understanding of your spending patterns.

If you decide to hire a financial planner, set aside time to research the type that would work best for you. Options range from an independent adviser to a fully or partially automated service, such as those offered by Betterment and Wealthfront Corp., which often charge less. Hourly planners, including those in the Garret Planning Network, are another option.

Look for a registered investment adviser who will act as a fiduciary, in your best interest.

Behavioral economists recommend an exercise called mental contrasting, in which people think about a desired outcome and why it matters. (For example, “I am saving 15% a year so I can retire by 65.”)

Then they consider potential obstacles to success, such as an unexpected car repair or the temptations of one-click shopping.

The goal is to brainstorm solutions—such as starting an emergency fund or disabling the one-click feature.

That way, “when we get trapped in a moment of temptation we have thought through how to deal with it,” said Sarah Newcomb, a behavioral economist at Morningstar Inc. “A lot of us decide to make changes but we don’t have strategies in place for when it gets hard.”

Prof. Milkman suggests writing out your plan because research shows people are less likely to break a resolution if it feels like a contract.

Use the behavioral strategies that work for you

Individuals should automate their savings. Many also need to learn to be patient with themselves. “There will be setbacks. They are part of the journey,” said Mr. Egan. “Give yourself credit for successes even if there is some backsliding.”

Here are some other behavioral strategies to consider as you personalize your plan:

Write to Anne Tergesen at anne.tergesen@wsj.com