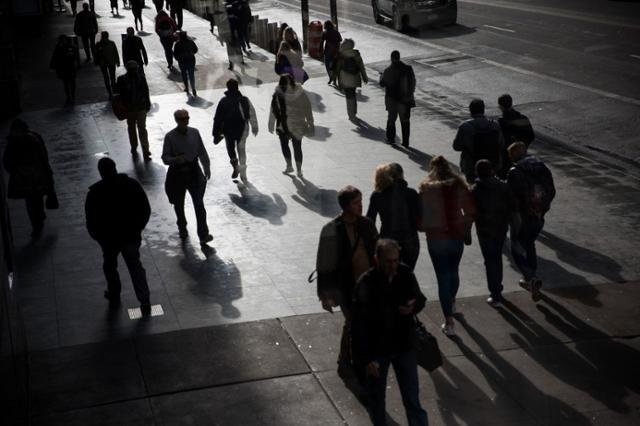 What ‘Rothifying' 401(k)s Would Mean for Retirees

Although I love the fun word "Rothification", the implications are not to fun. So, what is Rothification, and are going to be hearing more about it? Research shows that switching 401(k)s to after-tax contributions would boost tax returns in the short term, but leave retirees worse off.

There's a lot of talk these days about overhauling the retirement-savings system. In Washington, much of the discussion centers on ways to give an immediate boost to government revenues by limiting retirement tax breaks.

One idea that gets discussed is to repeal the current structure of pretax contributions to retirement accounts in favor of a system where contributions would come only from after-tax income—as contributions to Roth IRAs do now. It's an idea, called Rothification, that has been championed at times in the past. But it could be given new life by the government's current enormous need for revenue to plug budget gaps and rein in the nation's debt.

Given that possibility, we wanted to ask the question: How would such a system affect workers saving for retirement? The short answer: poorly.

To explain, let's be clearer about what the change would entail. Right now, most U.S. savers contribute to retirement accounts with money that's deducted from their taxable income, and pay taxes on those accounts only when the money is paid out in retirement. The rationale for this approach to saving in 401(k), 403(b) and individual retirement accounts is that the tax protection those accounts provide gives employees an incentive to set aside money for their golden years. The assets in defined-contribution plans and IRAs hit $18.3 trillion as of the third quarter of 2019, according to the Investment Company Institute.

So why does this system need an overhaul?

For one thing, the federal deficit has ballooned to more than $1 trillion in the current fiscal year, while the federal debt has hit $23 trillion, according to the U.S. Treasury. And we have an additional $43 trillion in Social Security underfunding, according to the 2019 report of the Social Security and Medicare trustees. Amid this tsunami of government red ink, the Treasury estimates it will forgo$2.4 trillion in tax revenue on the nation's tax-deferred retirement savings over the next decade.

Under Rothification, retirement contributions would come from after-tax income and savers would pay no additional income tax on investment returns or on withdrawals in retirement. Instead of the Treasury delaying the collection of substantial tax revenue until retirees withdraw money from their accounts, it would get its money now.

One thing is clear: The new system would impose different tax burdens on low-paid workers and higher-wage workers. During their working lives, the lack of a tax deferment for retirement savings would result in a bigger tax hit for workers in higher tax brackets than for those who make less. But in retirement, higher-paid workers would benefit more on the tax front, since they tend to make larger withdrawals from retirement accounts.

Beyond those effects, there is little evidence from experience to help us predict how Rothification could affect workers. So we've built a detailed economic model to help us understand the potential impacts of such a reform. Here's what the model predicts:

• In the Roth world, people's lifetime work hours would decline slightly. That's because contributions to retirement accounts wouldn't reduce income taxes, so after-tax salaries would be lower. That would prompt some people to work more to make up for the lost income, but our research suggests that more people would work less because their time at work would be less valuable.

But such complex tax considerations would become irrelevant under a Roth regime, since withdrawals wouldn't be taxed. Workers would be more likely to defer their Social Security benefits to boost the amount—especially higher-paid workers, who would have more in their retirement accounts to cover their expenses while waiting to take Social Security.

• Over their lifetimes, workers would accumulate one-third less in their 401(k)s under a Roth system. This is because, with no tax advantage from contributing to a 401(k), workers would save less and those lower contributions would earn less over the years.

• Lifetime tax revenue generated by the average worker under a Roth regime would fall 6% to 10%, compared with the current regime. This is because people contribute and accumulate much more in their retirement accounts currently than they would under Rothification. The taxes collected on withdrawals of that money exceed the amount of additional income taxes that would be collected during people's working lives under Rothification.

Bottom line: Switching to a system where contributions to retirement accounts are made only with after-tax money would boost tax revenue in the near term, but not as much as it would reduce it in the longer term. And it would leave retirees worse off.