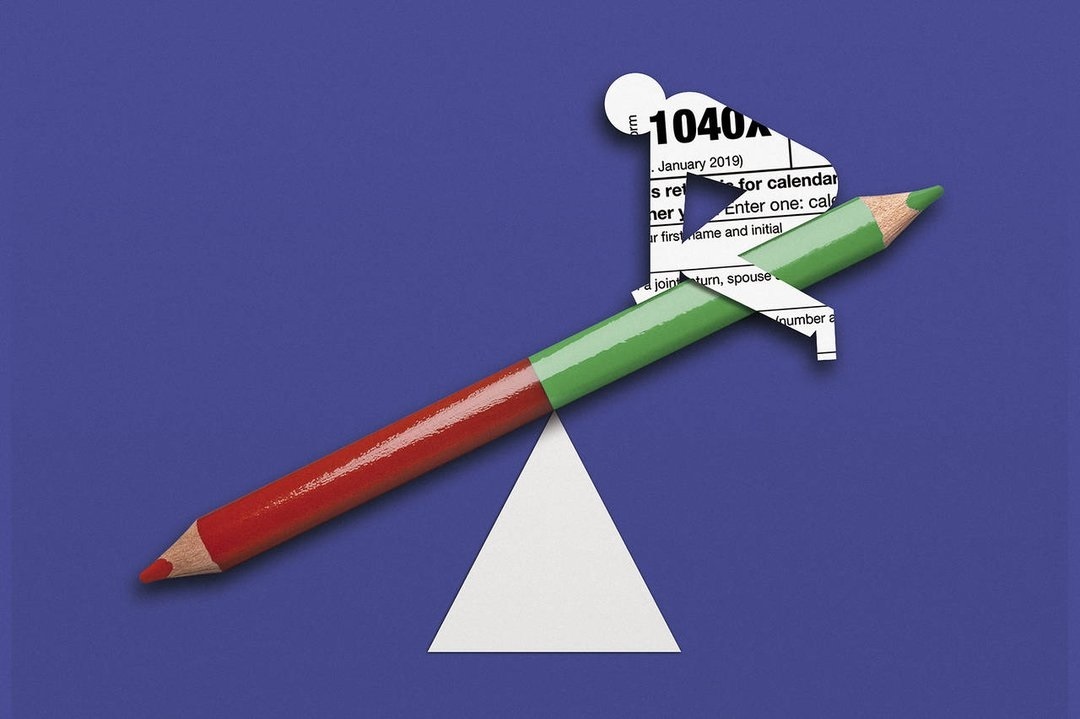 What You Need to Know About Amending Your Tax Returns

Your taxes are in. Or are at least extended if not already filed. But what should you do if you made a mistake?
In 2018, the IRS saw nearly 3.5 million amended tax returns.
Here are some things you should be aware of before you send in your 1040X tax return amendment. Get you pen and paper ready, you’re going to need it (literally).

As Oscar Wilde once put it, experience is the name we give our mistakes. By that standard, millions of taxpayers are highly experienced.

In the dazzlingly complex world of income taxes, however, amending a return isn’t always as simple as filing IRS Form 1040X (which will be renamed Form 1040-X in January 2020). Figuring out what to do depends on your specific facts and circumstances, “such as the materiality of the error, whether the error was the result of fraud or criminal activity, whether the IRS has already started an audit or investigation of the taxpayer, and numerous other considerations,” says Megan L. Brackney, a lawyer at Kostelanetz & Fink.

Here are answers to questions that readers may have about making (tax) amends:

Can I file an amended return electronically?

No. It must be done the old-fashioned paper way, says Mr. Smith. If you are amending more than one year’s return, you must file a separate Form 1040X for each year.

What are some of the common reasons for filing an amended return?

These include neglecting to report valuable deductions, credits or other tax breaks on your original return—or neglecting to report taxable income, says Jere Doyle, senior vice president and family wealth strategist at BNY Mellon Wealth Management. Or certain information you or your preparer relied on to prepare your original return later turned out to be incorrect. For example, you might have received revised forms showing different amounts of dividend income, or partnership income, than you originally received.

Many taxpayers are confused by the mind-numbing details of education credits and thus may be good candidates to file amended returns, says Lynn Ebel, director at the Tax Institute at H&R Block. Also, many people don’t fully understand the eligibility rules for the earned-income tax credit, designed to help the working poor, she adds.

What are some less-common reasons?

Suppose you suffered a major casualty loss attributable to a federally declared disaster. You can deduct those losses on the return for the year in which they occurred, or on a return for the tax year immediately before that year. If you’ve already filed for the prior year, consider filing an amended return.

How long do I have to file an amended return and qualify for a refund?

Among the important exceptions: The IRS can suspend the time limit for certain people who are “physically or mentally unable to manage their financial affairs,” according to the Form 1040X instructions. Also, there is a special rule for amending a return based on a “bad debt” or a worthless security.” In such cases, the amended return generally must be filed “within 7 years after the due date of the return for the tax year in which the debt or security became worthless,” the IRS says. (For other exceptions, see the IRS instructions).

Is there a law requiring me to file an amended return?

No, several lawyers say. But Mr. Smith of the IRS points out that taxpayers are “required to file a correct return and they sign the return under penalties of perjury. Furthermore, if someone underreported income or underreported their tax, correcting that omission promptly will minimize any late charges. If someone overpaid their tax, they have a right to a refund and should claim it.”

How can I find out the status of my amended return?

The IRS says to allow up to 16 weeks to process the amended return. You can check on the status using its “Where’s My Amended Return” online tool, or call 866-464-2050 three weeks after you file your amended return.

What are some of the circumstances in which I don’t/might not need to amend my return?

Suppose you discover a small error or omission that would make only a tiny difference in the amount of the refund or credit you would be eligible to receive. Consider whether the change is significant enough to justify the time, hassles and expense of amending.

In some cases, filing an amended return could be the wrong approach, warns Bryan Skarlatos, a lawyer at Kostelanetz & Fink. Examples include cases in which your return already is being audited, or cases in which the issues might involve criminal matters, or both. These can be highly complex issues, and the best response depends on the details of your case. But in general, if your return already is being audited, reply promptly to the IRS notice with the information and documents the IRS wants, says Ms. Ebel of H&R Block. In most cases, that’s the way to proceed, rather than filing an amended return, she says.

Mr. Herman is a writer in New York City.