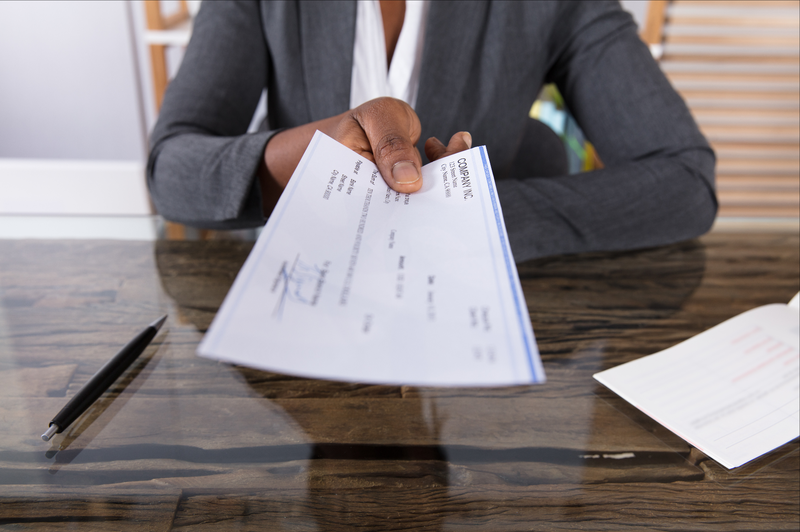 Most Americans are starting to see one of the early benefits of the new tax law: a bump in take-home pay.

Paychecks are increasing for about 90 percent of Americans due to the tax overhaul, according to the U.S. Treasury, a result of changes in withholding tables set by the IRS. The deadline for all employers to make the adjustments in paychecks is Thursday. So while some workers have already seen the increases, others will see their first sweetened checks this week or next.

The amount of extra take-home pay varies widely depending on how much you earn and how many personal allowances you selected on your form W-4, which most employees fill out at the start of each new job. Generally, the boost will range from a few dollars per paycheck -- just enough to cover an extra latte -- to several hundred.

But experts urge taxpayers to be wise about the extra money. The higher paychecks could come at a cost down the road, because in some cases, the extra money is the result of not having enough taxes taken out of your paycheck, which means you could owe more when you prepare your 2018 return next year. In order to avoid that, it's important to check your level of withholding with your employer soon after you see the higher checks roll in.

"The only way to tell if withholding is adequate, too low or too little is to calculate a projected tax number," said Sheryl Rowling of Morningstar. "The worst-case scenario would be to assume that a reduction in withholding is extra spending money only to find out in April (2019) that there's a big balance due."

Andrea Coombes, a tax and investing specialist at NerdWallet, agrees.

"The new tax law does change a lot of peoples' tax situations and you want to make sure that you don't have a bad surprise," Coombes said.

How much extra do I get?

The amount of extra money you'll see in your paycheck will depend on your individual tax situation, but the nonpartisan think tank Tax Policy Center provides some hypothetical scenarios.

Say you're part of a married couple with two young children and combined earnings of $75,000 a year. Your estimated tax cut would be $2,119 for 2018, or about $88 extra in each paycheck if you are paid twice a month.

A single person making $250,000 a year will actually see $6 less in each biweekly paycheck if earning wages at a traditional employer. But if the same person were self-employed, that individual would see an extra $603 every two weeks.

A single taxpayer without kids making $30,000 a year will see about $19 extra every two weeks, while a single person making the same amount with two children is estimated to get a biweekly pay bump of about $66.

In general, Coombes said, single taxpayers with simple tax situations, meaning they don't own a home or have kids, shouldn't be too worried about withholding. But parents, those who own property, and those who bring in income from a nontraditional job should pay close attention to ensure their withholding is correct. And wealthier Americans will benefit more, said Rowling.

"The biggest tax benefit goes to those who make a lot of money on other than 'sweat labor,'" Rowling said. "So, unfortunately, the workers won't see the same benefits as the ultrarich."

Coombes recommends that those who see their paychecks increase this month wait until March to examine their withholding, because the IRS withholding calculator isn't up yet. (It's expected to be posted at www.irs.gov/individuals/irs-withholding-calculator at the end of February.)

"You want to wait, but not wait too long," she said.

At that point, you can check with your employer to ensure that the amount of withholding matches your new recommendation. Generally, the higher the number of personal allowances, the more that's taken out of your paycheck, and the bigger the refund you receive when filing your income tax return.

Experts recommend that taxpayers aim to adjust their withholding so they land in a "sweet spot," a number that allows you to get a small refund when you file your taxes. If you don't withhold enough, it's likely you'll owe when it comes time to file. And while withholding too much should bring a bigger refund, that's money that could have been better served in a savings or other interest-bearing account.

Coombes also recommends that people become familiar with other aspects of the new tax law that will affect them, such as the higher standard deduction and the elimination of personal exemptions. The subtle changes may not change your overall deductions significantly, but it may affect whether you should itemize. Rowling recommends financial advisers answer that question for clients, in addition to examining withholding and being mindful of other tax-saving strategies.

The fruits of tax reform

It's not all about worries and withholding. Taxpayers should also allow themselves to enjoy the extra money coming in, Coombes said, even if the benefit is relatively short-lived. (Tax cuts for individuals and families are set to expire at the end 2025, unless extended by Congress.)

If you've made sure that you're taking enough out of your paycheck each month to lessen your tax burden later on, Coombes recommends that you put that extra money to good use. The best ways to allocate it, she said, include paying off high-interest debt, bulking up your emergency fund, and increasing retirement savings.

Visit the Chicago Tribune at www.chicagotribune.com

This article is written by Samantha Bomkamp from Chicago Tribune and was legally licensed by AdvisorStream via the Tribune Content Agency through the NewsCred publisher network.